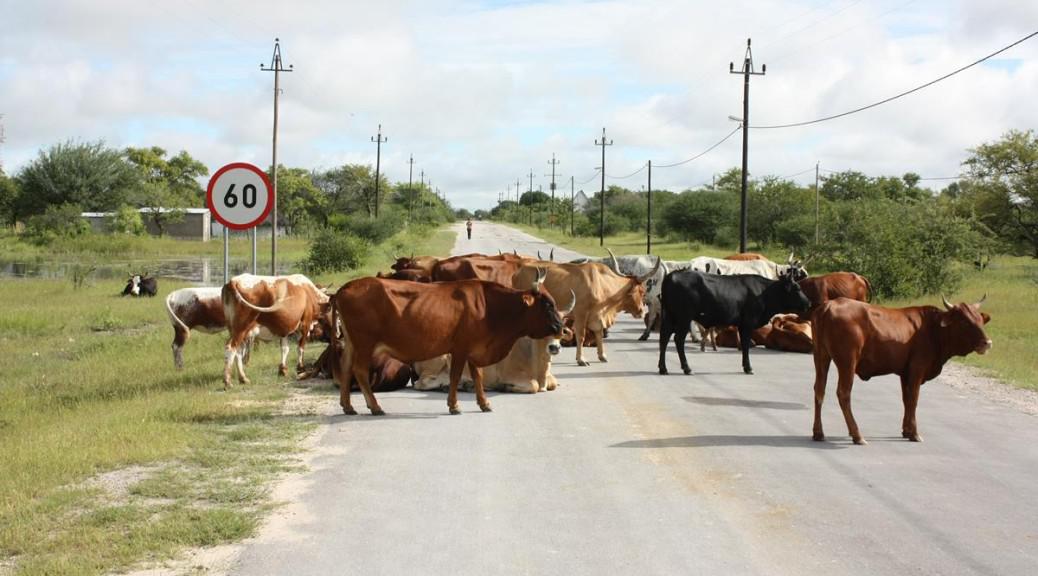 I find that most overland travellers are rather negative about the vet fences found in Namibia and Botswana. Especially if their matured steak which they bought at their favourite butcher back in South Africa is confiscated or if they are told to cook it should they want to take it past a veterinary control point.

Probably out of ignorance, many travellers try to hide their meat somewhere in the vehicle in order to get it through a control point. However, if you know why vet fences are in place and the damage foot-and-mouth disease can cause to the country’s entire meat industry, you will realise that these officers aren’t just out to deprive you from your tasty meat. They are purely doing their job; trying to protect the national herd from disease and individual farmers from financial catastrophe. If you are polite and courteous to the officials at these vet check points you will very seldom encounter any problems.

You should respect the laws prevailing in your host country as foot-and-mouth disease can bring the whole meat industry of a region to its knees. As soon as foot-and-mouth disease is detected, all exports are suspended, and that includes shipments to the EU which is a massive market for Namibia and Botswana. Be a responsible visitor and adhere your host country’s regulations.

The aim of establishing veterinary fences in the 1960’s was solely to protect cattle against foot-and-mouth disease emanating from buffalo. However, since then the number of diseases which can potentially affect cattle, and now have to be considered as veterinary control issues, have increased. Thus today these fences are aimed at controlling more than just foot-and-mouth disease.

What is foot-and-mouth disease?

It causes a high fever for two or three days, followed by blisters inside the mouth and on the feet that may rupture and cause lameness. Adult animals may suffer weight loss from which they do not recover for several months, as well as swelling in the testicles of mature males. In cows, milk production can decline significantly. Though most animals eventually recover from this disease, it can lead to myocarditis (inflammation of the heart muscle) and death, especially in newborn animals. Some infected animals remain asymptomatic, but they nonetheless carry FMD and can transmit it to others.

FMD constitutes a severe plague in animal farming, since it is highly infectious and can be spread by close contact with infected animals. Furthermore, it can be spread over a long distance through contact with contaminated meat and animal products, farming equipment, vehicles, clothing and skin of animal handlers, animal feed, and by non susceptible domestic and wild predators. Its containment demands considerable efforts in vaccination, strict monitoring, export bans for meat and other animal products, quarantine, and occasionally the elimination of millions of animals.

Also read: The Kalahari is not for sissies!

Humans can be infected with FMD through contact with infected animals, but this is extremely rare. It was reported that FMD killed two children in England in 1884, supposedly due to infected milk.  The disease is not to be confused with hand, foot and mouth disease (HFMD) which is usually caused by a Coxsackie virus and often seen in toddlers. Because foot-and-mouth disease rarely infects humans but spreads rapidly among animals, it is a much greater threat to the agriculture industry than to human health.

FMD is not unique to Africa and has been reported in the United States, United Kingdom, Taiwan, China, Japan, Korea and Bulgaria.

Veterinary cordon fences are physical fences demarcating control zones in accordance with the guidelines of the International Animal Health Authority. On T4A’s GPS maps these fences are referred to as ‘vet fences’ and are indicated with red lines. Movement of raw meat and animal products, including unpasteurised milk, is allowed into but not out of an area classified as an infected zone.

Often visitors feel that their vacuum packed or deep frozen meat poses a minimal disease risk, but the logistics of having every permutation of the rules enumerated in a form that can be understood by the vet fence guards, is impossible. So do not take raw meat in any form past a vet fence checkpoint out of an area classified as an infected zone.

The vast majority of veterinary fences and the gates allowing access are static, therefore some checkpoints have been in operation at the same place for years. However, temporary veterinary gates are erected when necessary to contain a FMD outbreak within a smaller area, thus preventing spread through the entire sector. The temporary gates operate similar to police road blocks; sometimes they are in operation, but more often not. It all depends on the disease status in the area at a specific time.

At some of these fences you may be asked to drive your vehicle through a dip filled with a disinfecting solution and you and your passengers may also have to exit the vehicle and walk on a mat impregnated with the solution to disinfect your shoes (the ones you are wearing plus extras).

Thus it is best to have cool boxes/fridges readily accessible for inspection and all shoes close to hand in a box which prevents the disinfectant from covering other gear. A nothing-to-hide attitude makes life so much easier.

In Namibia and Botswana vet fence restrictions allow you to move meat from south to north and from east to west. However, you cannot move meat from north to south and from west to east past the vet lines as the northern regions are classified as foot-and-mouth infected zones.

In Namibia you are not allowed to take meat from:

You really don’t need to travel with meat past vet fences as good quality meat is available all over Namibia and Botswana.

32 thoughts on “Veterinary fences in Namibia and Botswana”