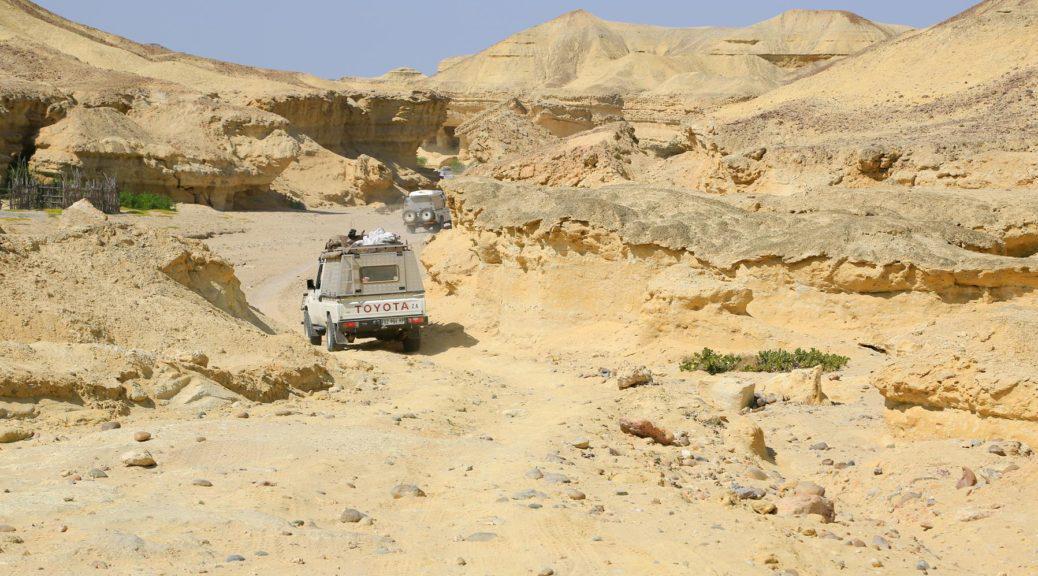 For many years Angola was reasonably inaccessible to self-drive overlanders, mainly because of the civil war and its residual landmines combined with an officialdom that was not tourist friendly. However, the few travellers who dared to visit this former Portuguese colony during the past decade or so absolutely loved the country for its scenic diversity and fishing opportunities. In recent years Angola has become a popular destination for self-drivers with a taste for the unusual…

Few people feel comfortable overlanding Angola on their own but rather join organised self-drive group tours, like those organised by Voetspore.  Some travellers will find the lack of tourism infrastructure off-putting, but others like the fact that you can still safely wild camp in Angola as well as its isolation and wide open spaces.  Indeed Angola has a lot to offer the adventurous independent overlander who is looking for a rewarding challenge.

Travellers have found that the local people are friendly and helpful although communication is difficult unless you can speak some Portuguese.  At present the Angolan economy is strong and large projects are under way to rebuild the infrastructure.

Calandula Falls, one of the largest waterfalls by volume in Africa.

A sandstone canyon near Flamingo River Lodge in the north of the Namib Desert.

Foz do Cunene, where the Cunene River mouths into the Atlantic Ocean, is a popular landmark.

Lake Arco is a beautiful lake situated within a canyon.

Miradouro da Lua is a beautiful sandstone cliff formation also known as the Valley of the Moon.

Mussulo Island is actually a peninsula south of Luanda and a popular escape from the capital.

Parque do Iona is the biggest national park in Angola and part of it consists of Namib Desert.

The energetic can hike and climb to the viewpoint at the Tundavala Gap on the rim of the Serra de Leba Escarpment.

Before you set out to Angola, you must know the following:

Following the civil conflict, Angola suffers from one of the highest levels of contamination from landmines and unexploded ordnance in the world. Since 2008 international charities were active in aiding the Government to clear mines and although most of the country, more than 870 million square meters, was cleared, travellers should still be extremely cautious when they go off the beaten track. Areas from where mines have not yet been removed are marked with signs (red skull and crossbones) or with red stones.

There has been a low level of activity from the Front for the Liberation of the Enclave of Cabinda (FLEC) rebel group in the north of Angola ever since the country’s independence. This movement seeks independence for the Cabinda province from Angola and rebel activity flares up sporadically. However, Cabinda is far from most of the tourist routes.

To the present day Angola hasn’t been the most tourist friendly country and visitors find it difficult to obtain visas. Entry visas are required for non Angolan nationals from countries with which Angola has no reciprocal agreement regulating the rights of entry. In effect that means almost all foreign nationalities, apart from visitors from neighbouring Namibia.

To apply for a visa you need a letter of invitation or a copy of your hotel reservation with the stamp of the hotel as well as a guarantee of sufficient funds for your stay in Angola by means of bank statements.  It is believed that the visa application process will be made more tourist friendly in the near future.

Apart from a valid passport, a visa and a yellow fever certificate (Angola is a yellow fever endemic country even though the World Health Organisation this week declared an end to the Yellow Fever outbreak in Angola), you need the following documents to enter with your vehicle:

You will have to get a Temporary Import Permit (TIP) and local Third Party Insurance at the border.

Much of the road infrastructure in Angola was destroyed and neglected during years of conflict, and despite efforts to rebuild it, many of its roads are still riddled with potholes and erosion, especially during the rainy season which is from October to March. Some roads are impassable at that time.

External factors like wandering livestock and heavily overloaded vehicles mean that one should always expect the unexpected.

Local drivers, and especially the poorly maintained blue and white taxis or buses, are renowned for reckless and aggressive driving.  There also are many motorbikes on the roads. Buses and heavy vehicles cutting into the oncoming traffic at high speed are a great danger, especially since the road shoulders are very narrow.
Avoid the south-west of Angola during the rainy season as you might get stuck in the black cotton soil.

Fuel is cheap in Angola but there are a limited number of service stations and the queues are lengthy. They are all open from 08:00 to 16:00 whilst only some stations in major cities and on the highway are open 24 hours.

Fill up prior to weekends in Luanda as locals empty the filling station tanks into yellow plastic containers over weekends, which they then sell next to the road at black market prices. Take a fuel funnel/filter with you to filter impurities and water out of diesel. In some cases paraffin is added to the fuel. If you suspect this, add 200ml of two-stroke oil per tank of diesel to help prevent damage.

Electronic paypoints are not always operational therefore you should always be prepared to pay for fuel with cash.

7 thoughts on “Angola… an acquired taste”