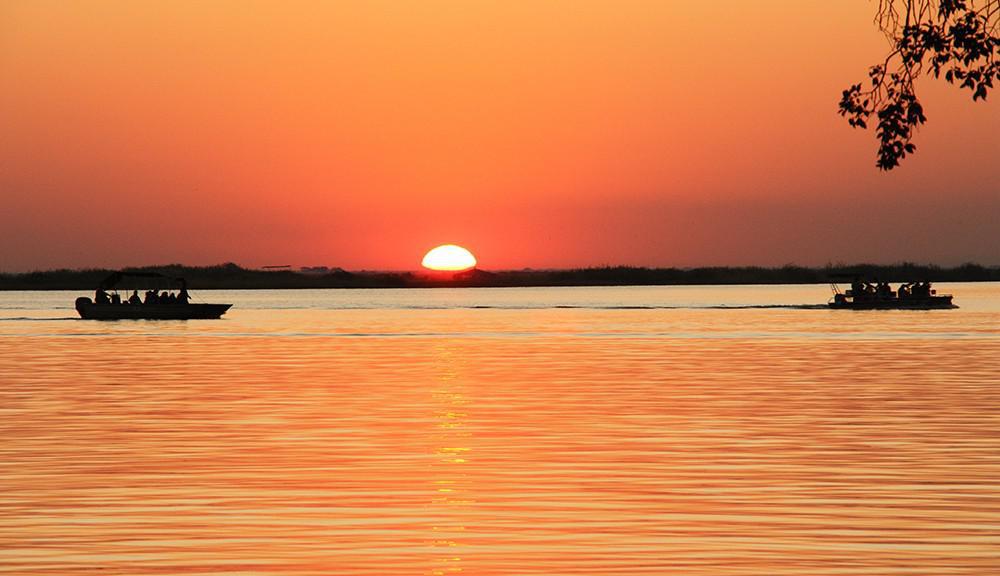 “An epic adventure, covering 4 380km in ten days through some of the roughest terrain in the African wilderness has really re-enforced my respect for nature… and Toyota Land Cruiser,” says Jeremy Clacherty from Pinetown in Kwazulu-Natal after he and five of his friends literally got into deep water in the Okavango Delta.

From their experience it is clear that overlanders should be extremely cautious when traversing roads that could be affected by seasonal water and must do proper homework before they take on this challenge. They got horribly stuck in the swamps and it almost became a life threatening situation when they had to abandon one of the two vehicles in the party.

The guys started out in a Jeep Wrangler and a Toyota Land Cruiser. Their aim was to go Tiger fishing on the Chobe River and enjoy some extreme 4x4ing. Little did they know how extreme they would go and that they would get totally lost and have to abandon the broken down Jeep…

According to Jeremy the trip started off fine as they travelled through the Makgadikgadi Pans, which is a very unusual landscape reminiscent of the moon. The rough stuff started at “Hunters Road”, a restricted area bordering the Hwange National Park in Zimbabwe. “The road had not been used in months, so scratching the vehicles was unavoidable. Little did we know this was just Mickey Mouse stuff compared to what was coming up!” 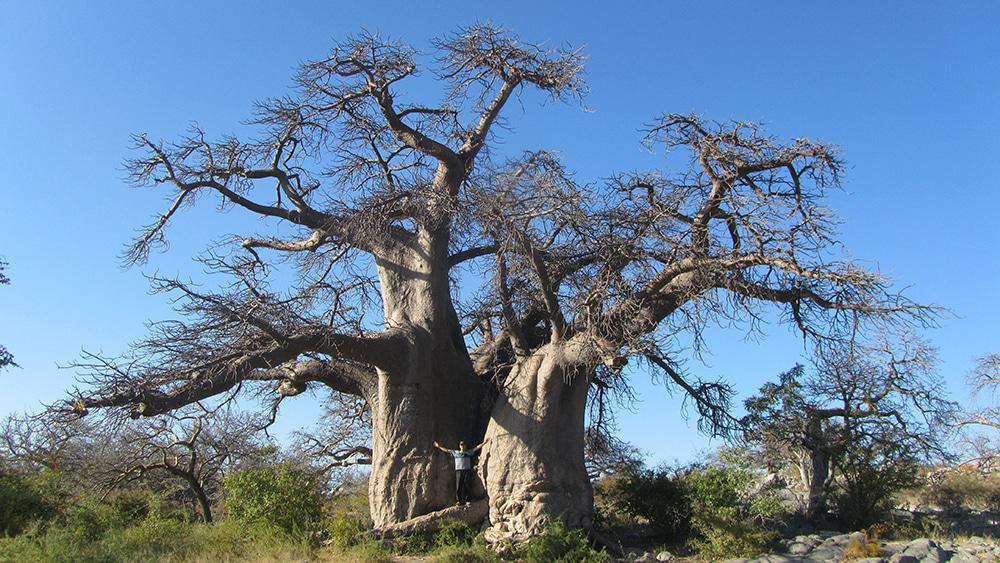 They camped at the Chobe Safari Lodge near Kasane where they fished for Tigers in three different countries on the same day: Botswana, Namibia and Zambia. This was a truly unforgettable experience and the bird life was spectacular.

“Trees were filled with nesting water birds, silhouetted in crimson sunsets and local fishermen were out on their Mokoros (dugout canoes). The water was infested with crocodile and the adrenaline really went surging when a mean croc went for our lures!” Jeremy says.

From Kasane they left for the Okavango Delta, driving through the Chobe National Park, and expected to reach their camp near Seronga two days later. However, that is just when the “fun” started!  From Linyanti they travelled south until they reached the Savuti Canal. Crossing the canal was comparatively easy, although the water did go over the Cruiser’s bonnet and the jeep sort of floated across.

Stuck in the Okavango Delta

From there they continued to travel south till they hit the transit road marked on the Tracks4Africa map and turned west. Initially the going was relatively easy but slow; they had to cut away many trees that were pushed over by elephant and blocked the road. According to Jeremy it looked as if the road has not been used in at least six months.

Crossing the Selinda Spillway, the water level came up to door handle height. Fortunately the bottom was reasonably firm (more sand than mud) and they persevered. It took them seven minutes to cross the spillway and again the water came over the Cruiser’s bonnet from time to time.

In spite of crocodiles and hippos they walked through the Selinda River to see if it was safe to drive through. They managed to drive the Cruiser through and turned it around in order to connect the winch cable and straps to the Jeep. This prevented the Jeep from floating down the river.

When they reached the gate of the Selinda Reserve, they thought they were home and dry and, according to their calculations, close to a village. However, they had to traverse another very scary 2km with mud and water over the bonnet of the cruiser most of the time. Having to snatch the jeep out a couple of times, they decided to abandon it after another seven very wet kilometers.

That night they bush camped on a small piece of dry ground, where cattle herders found them. The night was very dark and their nerves were shattered as they fell asleep with the mournful call of hyenas nearby. They could just hope that the herders would indeed return the following day as promised to show them the way out.

This was a near catastrophic situation with one vehicle abandoned, a diabetic with limited insulin in the group, limited food left, no phone service and six nervous guys in one fully loaded Land Cruiser. On top of it there would certainly be no vehicles passing in weeks or maybe months that could assist them.

Early the next morning the mood was not particularly joyful as they discussed vehicle insurance and recovery costs. Needless to say, they were extremely relieved when the herders did indeed return. They explained that the heavy rains in Angola over the previous three months filled up the Delta and the party would therefore not be able to continue on their current road.

The good news was that there was a dry road, not too far to the north, but they would have to bundu bash through some thick bush, Mopani forest and swamp to reach it. The herders were incredible, running barefoot in front of the vehicle and cutting down trees and bush with their crude axes. But they also had to cross swampy areas where they repeatedly got stuck, chassis deep in the mud. Every time this happened they unloaded the vehicle, carried the spare fuel, equipment and supplies to the nearest dry spot and then winched the vehicle out. This only worked until the winch overheated.

By this time panic started kicking in as they contemplated that half of the group should walk out while the rest stay with the vehicle. They decided to give it one last try and after two challenging hours, with the sun low in the reddening sky, found their old tracks from the previous day and followed them carefully back to the transit road.

The herders got onto the roof rack and showed them the long, dry, way around the swamps. They reached the herders’ village at about 19:00 that night and tipped these heroes generously.  Ironically they realised that they were a mere 6km away from the gravel road that they needed to get onto and they passed their campsite of the previous night within 500m!

When they eventually reached Shakawe, three days later than planned, management from Dijodeli extended great hospitality and contacted Delta 4×4 who helped them to recover the Jeep.

After they got the Jeep back, their trip went smoothly….  and they were very glad to get home safely with memories that will last a lifetime!

One thought on “An epic adventure in the Okavango”