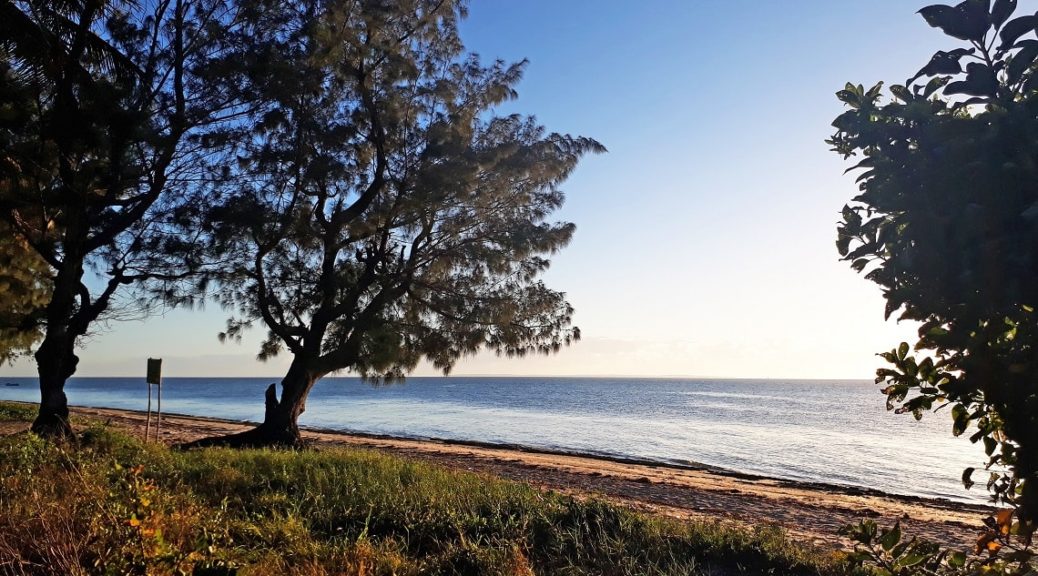 After three weeks on the road, Mozambique still enthrals around every bustling corner. Although traversing this remarkable country with its long white beaches and rich history may pose some challenges, a self-drive trip will not disappoint. By Lizette Swart

It was early morning when I entered Mozambique at the Lebombo/Ressano Garcia Border Post and received a customs form from the official at the entrance gate. Driving towards the immigration buildings, I was almost immediately stopped by a man dressed in an orange reflective vest over civilian clothes. He insisted on stamping my form, but I fortunately remembered stories about travellers handing their documents over to non-officials and then having to pay a huge amount of money to get them back. Soon, an argument ensued. Well, he was arguing, I was refusing. He eventually walked away and I headed over to a uniformed policeman who instructed me to submit my form to the customs department inside the border post building.

With a sigh of relief, I made my way to one of the insurance booths to arrange third party insurance in Mozambique. This can also be done beforehand in South Africa through Outdoor Warehouse or the Automobile Association. As I finally made my way towards the immigration office, one of Africa’s infamous ‘runners’ pledged his assistance. I politely but firmly declined and entered the immigration office. Long story short: thanks to ample patience and nerves of steel, I hit the road after a total of 45 minutes of border procedures. Not too bad.

The road to Maputo is in good condition, but be sure not to exceed the speed limit – both on the open road and in town. There are two toll gates on this road and both accept meticas, rands and US dollars as payment (no cheques or card payments). Moamba Toll Gate charges 180 meticas, while you will have to pay MT35 (2018 rates) at Maputo Toll Plaza for a light motor vehicle. Change is given in meticas, even if you have paid in rands or US dollars. As always, the Maputo traffic was chaotic, but I managed to dodge all vehicles, cyclists and pedestrians hurtling along in all directions.

TIP: Apart from general legal requirements and traffic rules, Mozambique has a long list of traffic violations according to the Road Decree 1/2011. Make sure you know what these entail before you set off. Driving with sunglasses, for instance, is not a violation. If you are fined for a valid offence, do not argue. Pay the fine, but insist on a written, official receipt. Join DriveMoz’s Facebook page and download a copy of the complete Road Decree.

Only traffic police, dressed in white shirts and blue trousers, are allowed to issue traffic fines. More information on other police departments can be found on the website of the South African High Commission in Maputo.

It was time for a culture boost and Maputo’s historical sites were up for exploration. And with so many fascinating experiences on offer, I was spoiled for choice: from a mural commemorating the Mozambican War of Independence and an interesting collection of elephant foetuses at the Museum of Natural History to the neo-classical architecture of the Maputo City Hall and the impressive Maputo Central Railway Station with its wrought iron lattice work.

After stocking up on supplies at the rather enormous and well-stocked Premier Superspar, I headed north to Inhambane and Vilanculos.

Did you know? Although Portuguese is the official language, at least 17 other tongues are spoken in Mozambique. Many Mozambicans speak no English, and a few basic words of Portuguese, combined with hand gestures (and a smile), will help you along the way.

Road conditions up to Beira

I can’t really complain about the EN1 all the way to Vilanculos, however, the number of people and vehicles on the road limit your average speed dramatically to approximately 80km/h. The speed limit in the villages is usually 60km/h, although further north some still use 50km/h. Your speedometer will struggle to top 50km/h as you try to avoid people selling airtime, cold drinks, nuts, fruit, vegetables, live goats, chickens and a variety of other commodities next to the road. North of Vilanculos, the road deteriorates rapidly and potholes became the norm. I frequently had to slow right down to 20km/h or less to avoid serious damage to my vehicle and tyres.

I refuelled in Inchope before heading west to Manica. Between Manica and Beira – the main road between Zimbabwe and the harbour of Beira – the Chinese have constructed a beautiful tarred road. Unfortunately, it is marred by speed bumps the likes of which I have only ever seen in Tanzania. Soon, two toll gates will also grace this road. The revenue will be allocated towards the road’s maintenance.

Back in Inchope, I headed north to Gorongosa National Park – the road was in even worse condition than south of Inchope and we made it to the entrance gate with seconds to spare before closing time. Patiently, and with a friendly smile, the park staff helped to complete all necessary forms. We received a laminated A4 sheet with instructions on what to do should we run into a herd of elephants.

It was already dark and I preferred the possibility of being stuck in the middle of an elephant herd to facing the potholed EN1. We cautiously set off into the park. The only accommodation inside the park, Montebelo Lodge, does not allow self-drive safaris, so at 06:00 the next morning, we set off on a game drive vehicle. The park is lush and beautiful and one game drive did not do it justice.

Continuing north towards Quelimane, I soon realised that the worst part of the road was still ahead of us. In addition, we were now playing dodgem with large double-jointed 18-wheeler trucks heading towards the port of Beira, buses full of passengers, cars, scooters, cyclists, pedestrians and even goats and chickens. My nerves were shot and I finally called it quits after reaching the village of Caia just after sunset. It took more than seven hours to complete a mere 270km, and that on a national highway! Basic but friendly, clean and air-conditioned accommodation was found at CuaCua Lodge.

Breakfast packed, I set off at 05:30 the next morning. And once I turned northwards at Nicoadala, better roads meant better travel times. I finally reached the modern city of Nampula with enough time to explore the sites before settling in for the night.

For more incredible tips to discovering Mozambique, be sure to buy your copy of Tracks4Africa’s Traveller’s Atlas Southern Africa. Get the lowdown on border post red tape, legal requirements for vehicles, traffic rules and local signals.

4 thoughts on “Blissful and busy Mozambique: On the road from Maputo to Nampula”