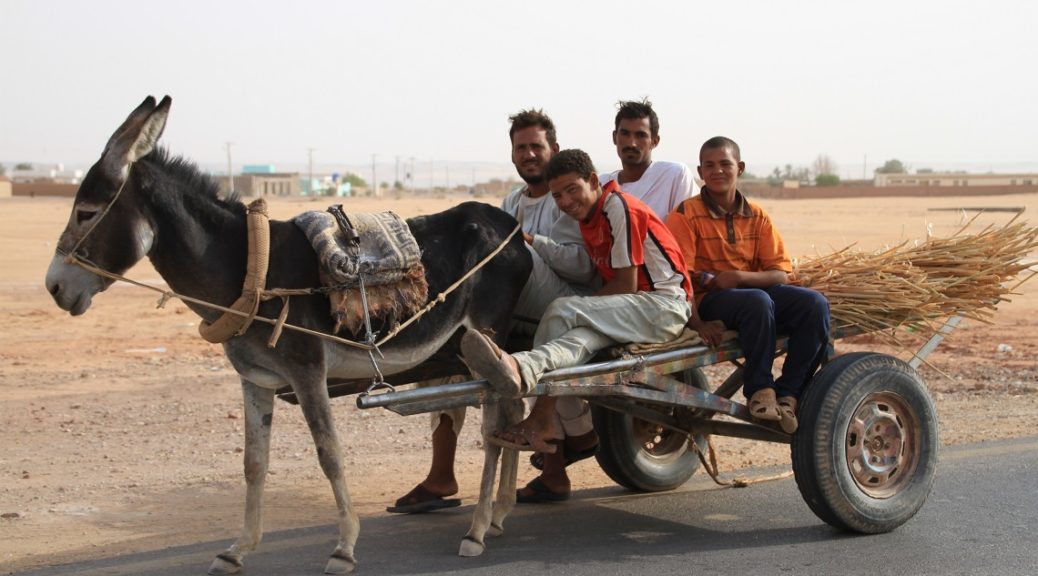 As it is not possible to drive from Wadi Halfa to Aswan, overlanders make the risky journey on a ferry and entrust their vehicle to a barge. But be warned, you may have to wait some time for the reunion on the other side. Text and pictures by Romi Boom

Having reached the forlorn port town of Wadi Halfa, we braced ourselves for the masses of red tape required to cross Lake Nasser to Egypt. The land border being closed, all travellers rely on the weekly ferry trip. If you plan to take a vehicle, it will take a few days to arrange.

True to his word, our fixer, Mazar Mahir, was extremely efficient, and helped us to finally get the official alien sticker in our passports. We spent three hours inside the port building with its jostling queues, trying to get customs to clear the vehicle. After weeks of depending entirely on our vehicle, almost being defined by our vehicle and its contents, this was crunch time: we were to board the passenger ferry, and the Prado had to travel separately on the cargo ferry. 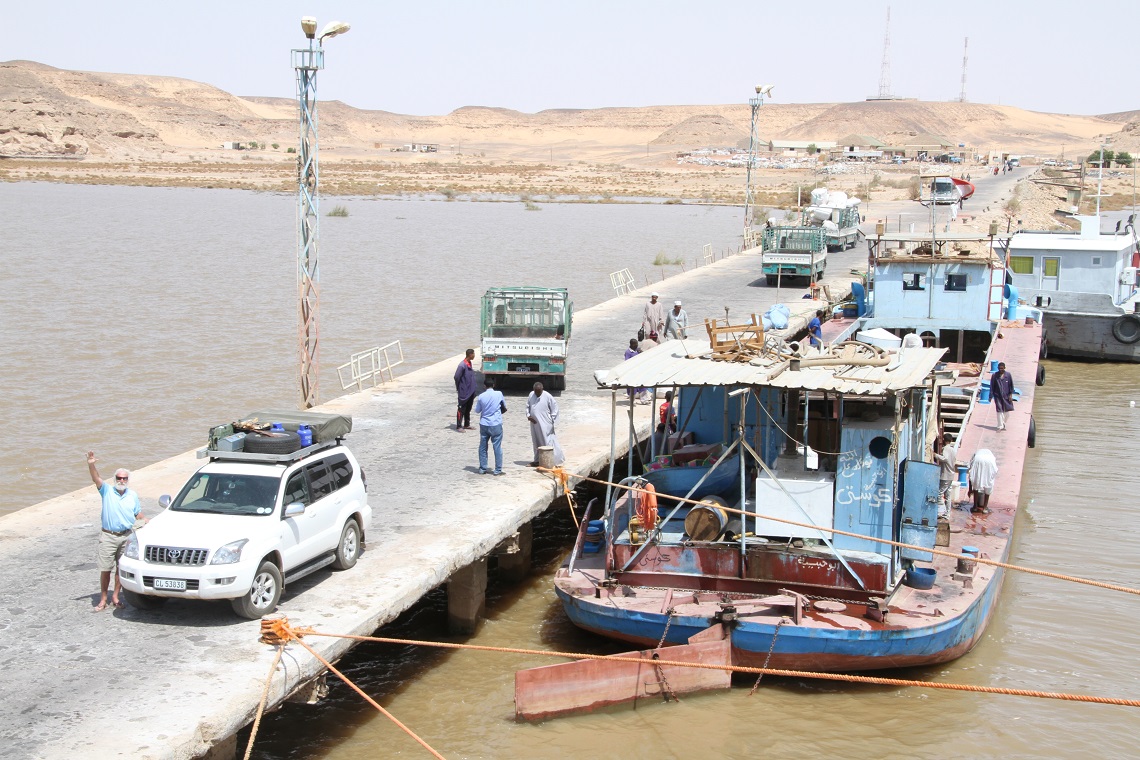 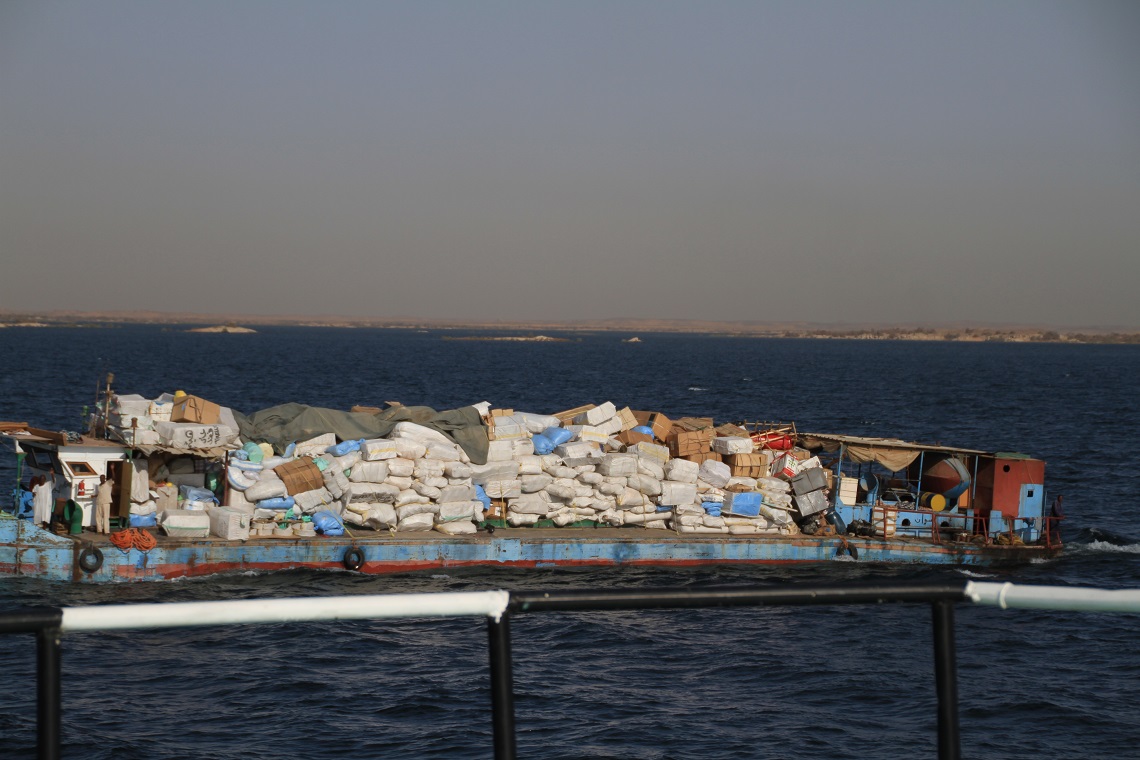 The cargo ferry had space for exactly one vehicle, and we leapt at the chance. We were incredibly lucky that this vessel was in port, otherwise we would really have been stuck. With so few visitors to Egypt, the customary barge did not appear to be running. We saw it in port with one tractor on it and hardly any cargo. The implications didn’t bear thinking.

We first waited for hours for the ferry’s cargo to be offloaded and then loaded afresh, while customs inspections kept the Sudanese officials busy. Then we undertook a major search for a ramp, to no avail. Eventually we had to improvise using rocks and planks. About an hour before our ferry sailed, travel partner Jannie finally drove the Prado onto the cargo ferry.

The horrific drop from the quay to the deck was a steep one metre. One misdirection on my part, one wrong move on the driver’s part, and we would have watched our precious Prado disappear into the hostile waters of the lake.

Everything that has been said and written about Wadi is true. There is no planning, everything is disorganised and chaotic. The people are very friendly and they try hard, but the national motto of Bokra – sometime in the future – and Inshallah – Allah willing – means that nothing much gets done. Wadi Halfa, like everywhere else in the Sudan, is filthy, in the sense that nobody picks up rubbish. We constantly yearned for the cleanliness of Uganda, a spotless country where you would be happy to eat off the ground in a village compound. 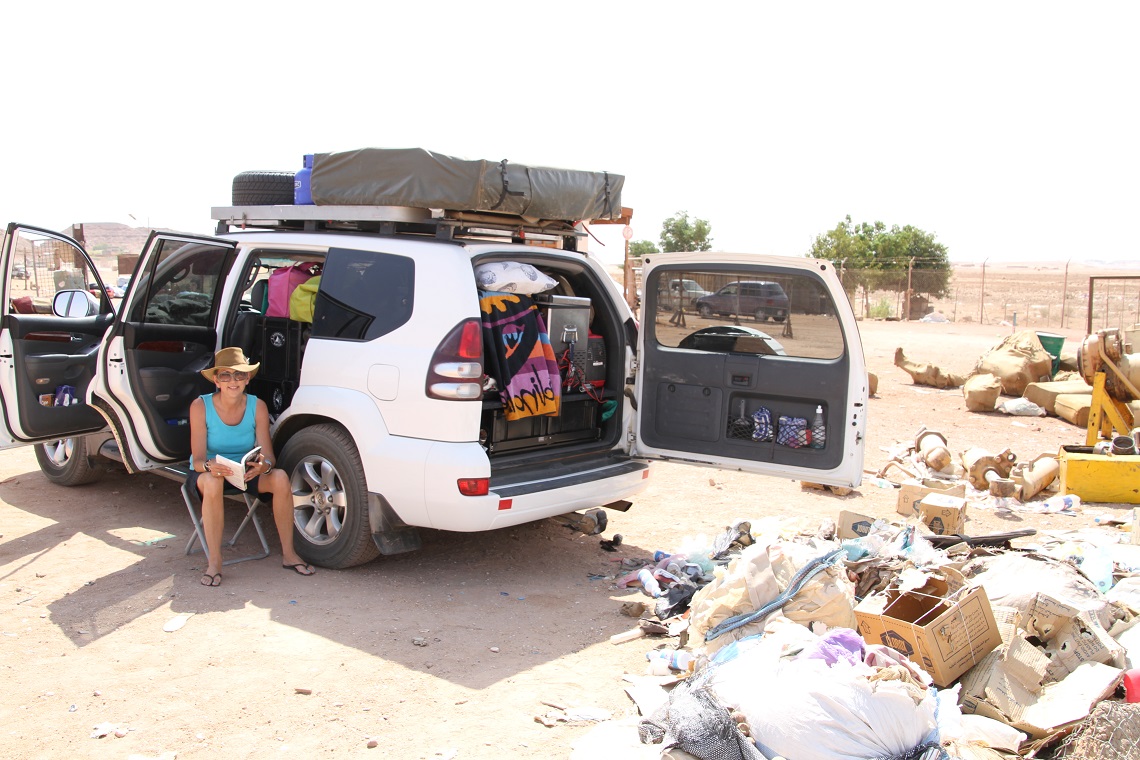 Our overriding thoughts on the Sudan: this country has plenty of rugged rewards, but it is simply too hot to have a good time. We were drinking litres and litres of water and (big smile!) I found a market stall that sold Diet Coke. Alcohol being forbidden by Sharia law, we could hardly wait for a cold beer in Aswan.

Our fixer Mazar intervened with the captain on our behalf and we were granted exclusive use of the foredeck for an acceptable tip. We headed into the wind, which was strong during the night, but pleasant during the daytime. The traverse took 18 hours and all things considered, we enjoyed it thoroughly. Four hours after leaving the port we passed Abu Simbel, strikingly illuminated against the darkness of night. It’s a rare treat to see the relocated temple built by Rameses II in the 13th century BC from the water. Sleeping under the stars and sunrise over the Nile were equally memorable. 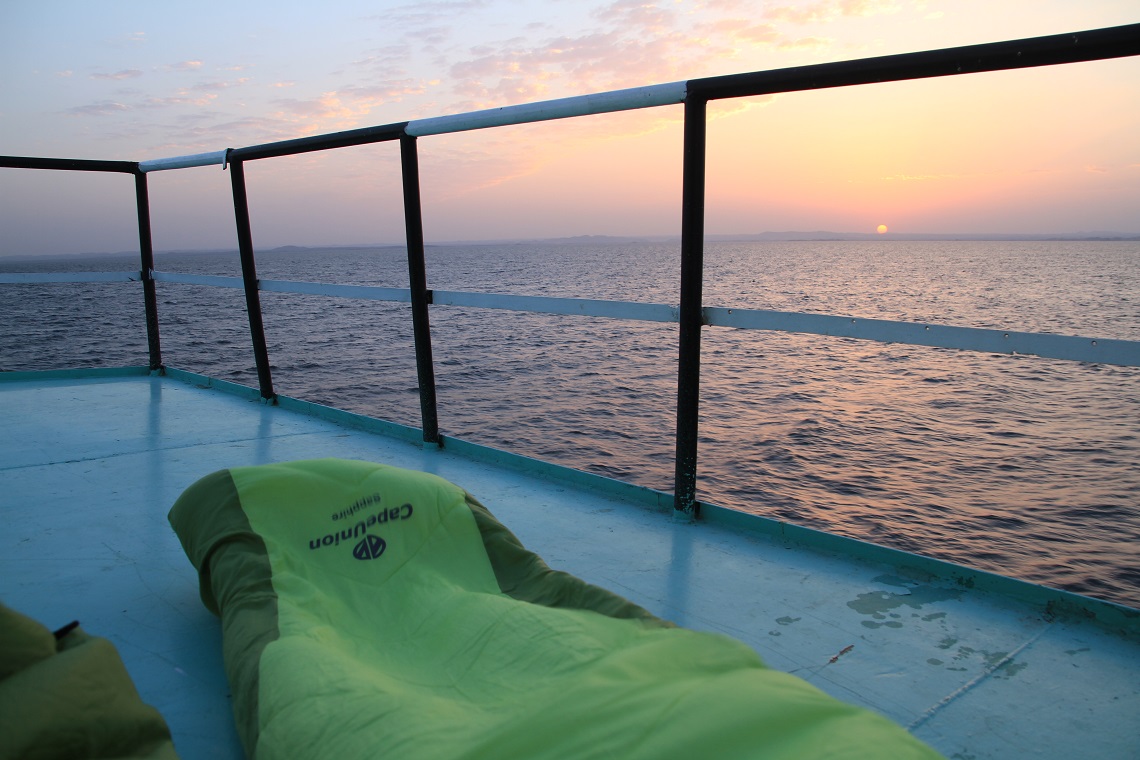 Disembarking in Aswan was no joke. All 570 official passengers (plus those who travelled off-the-record) shoved and pushed to get off at the same time. Being caught up in the melée, the only thing to do was shout and scold and elbow your way; in short, behave like a local. We looked like pack-donkeys too, with provisions and clothes for a few days, all our electronics, sleeping bags, plus the contents of Jannie’s freezer. 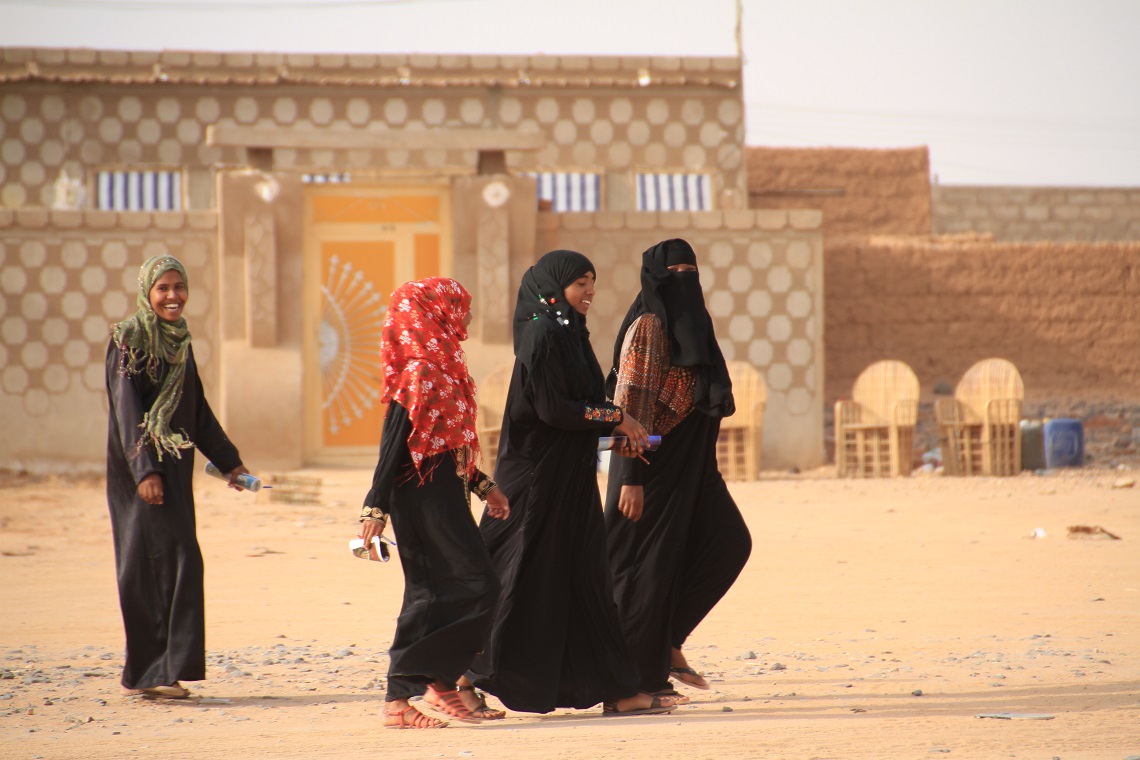 Kamal, Mazar’s counterpart in Aswan, was there to smooth things over for us. What bliss to jump queues and have someone intervene in Arabic on our behalf. The really bad news was that the Prado had not departed as scheduled. It would only arrive in Aswan on Friday, when everything was closed. We realised it was in our best interests to become very, very friendly with the head of vehicle customs.

It was time for a well-deserved treat so we installed ourselves in a 4-star hotel on the Corniche overlooking the Nile. The management couldn’t have been nicer and agreed to keep Jannie’s cherished meat in their deep-freeze. Did all the lamb chops, game sausage, rump and fillet steak really come from home? 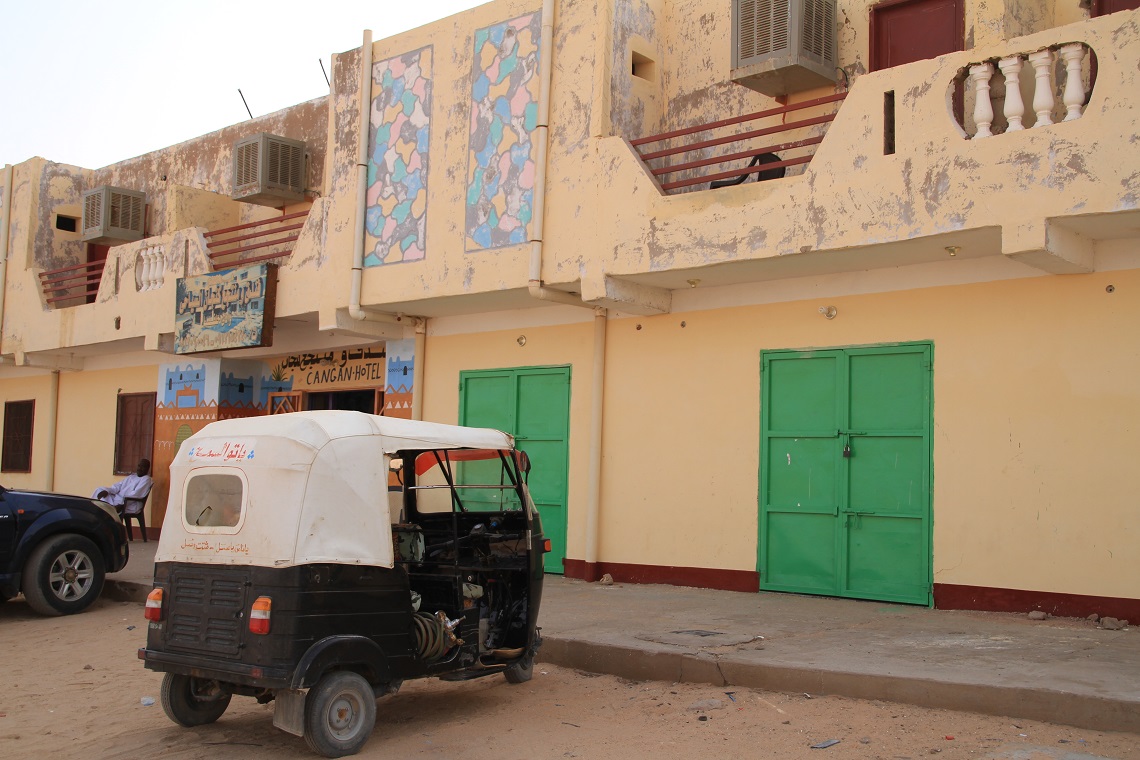 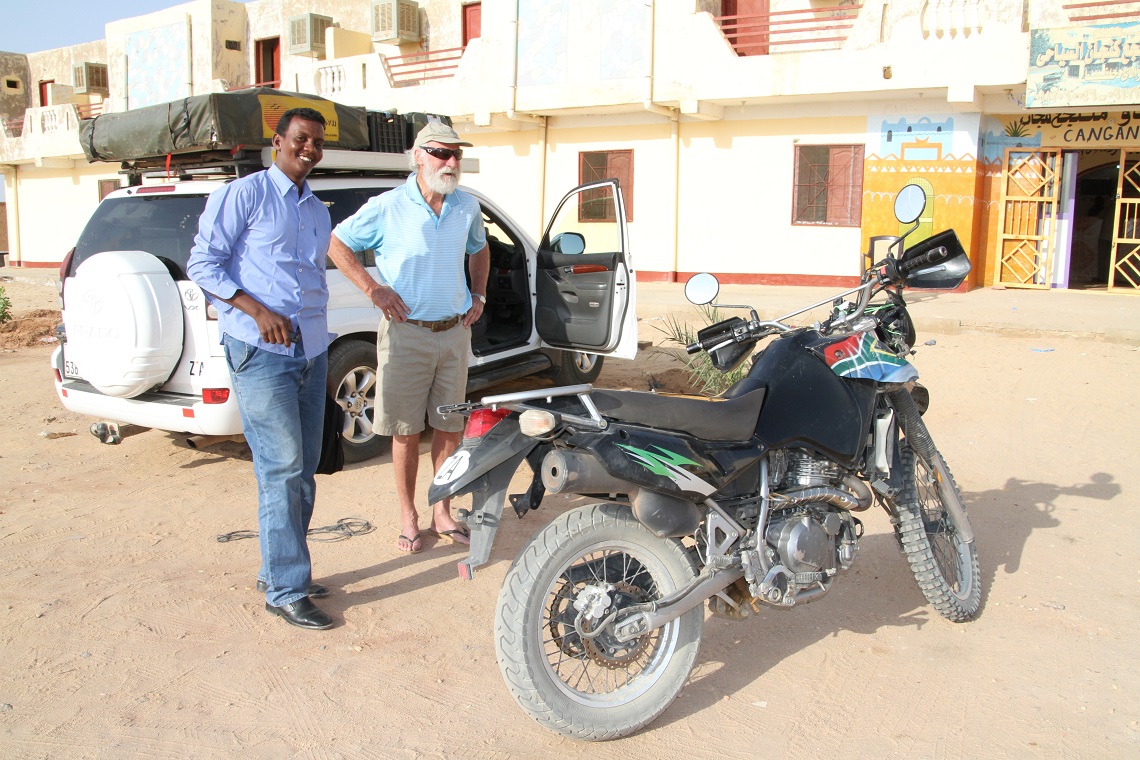 7 thoughts on “Crossing Lake Nasser from Sudan to Egypt”