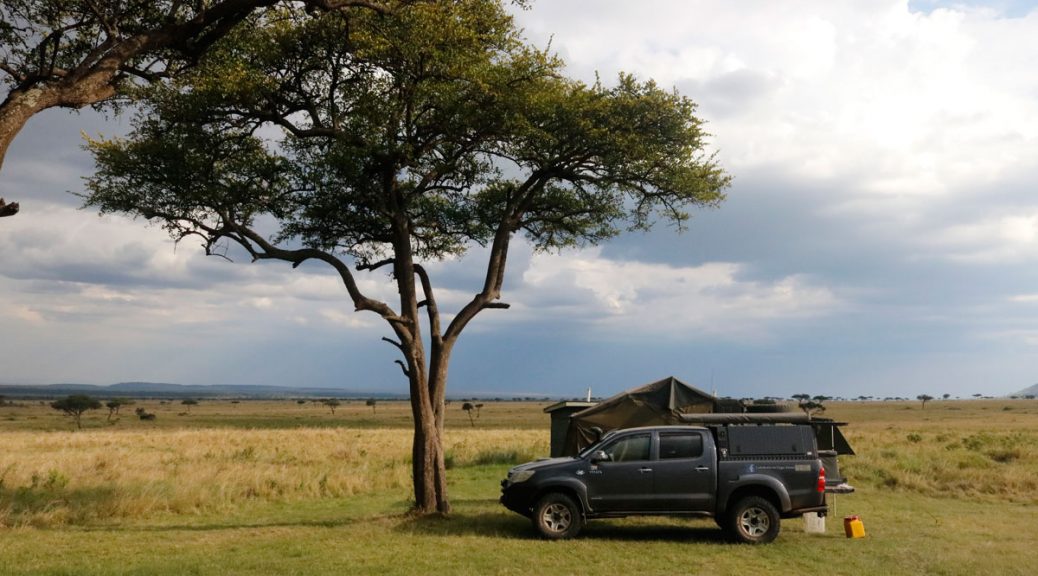 Ken and Lorraine McLuckie were midway through their overlanding trip across Africa when Covid-19 shut down borders. They reveal how they’ve coped with lockdown in Kenya.

Overlanders know they’ll likely have to face all kinds of predicaments: border delays, bureaucratic snags, mechanical mishaps… But what nobody foresaw was the Covid-19 pandemic and the lockdowns that ensued across the continent.

When Ken and Lorraine McLuckie set off from Scotland on their Caledonia to Cape Town adventure in June 2019, the expedition had been years in the making. After all, the couple had met in Cairo in 2009. Now the overland trip would take them back to Africa and Lorraine’s former home in Cape Town. On their way south, they spent almost six months exploring Europe before getting to Greece – their departure point for Africa.

“We spent 10 days in Alexandria, Egypt, importing the vehicle. That was a ‘good’ experience in going with the flow and expecting the unexpected!” says Ken. From Egypt the couple made their way through Sudan and Ethiopia to Kenya, where they were due to meet up with two couples from South Africa in April. Then lockdown happened.

When the borders closed, Ken and Lorraine found themselves at Jungle Junction Camp in Nairobi. Returning to Scotland wasn’t really an option as they’d given up their home. What’s more, as a foreigner, Ken wouldn’t have been permitted into South Africa following lockdown. “We figured Kenya was the ‘safest’, most developed place in East Africa and, if required, would hopefully have the best healthcare,” they say.

There could be worse places to see the lockdown through, of course. The weather is good, the people warm and friendly, and the general atmosphere relaxed. Since the campsite is conveniently located close to a supermarket, the McLuckies found it easy to stock up on provisions. What wasn’t so easy at first was being stuck in one place. After covering 35,000km, they didn’t know when they could start moving again.

They admit that it was difficult to stay motivated. While on the road they had to break camp every few days. In the campsite they moved every couple of weeks to give the grass a rest, but even so it felt like a chore.

To combat boredom and the sense of helplessness, they kept busy. “We have shopped, maintained the vehicles, made little improvements/adjustments to them both and modified or evolved our setup for the final stage to Cape Town. We have excellent wi-fi here, so we have both downloaded a lot of books to our Kindles and have read probably 70+ books each, including the full set of Wilbur Smith novels.” Regular contact with friends and family on WhatsApp as well as outings with new Kenyan acquaintances have helped to stave off loneliness.

After almost 18 weeks of being confined to Jungle Junction, restrictions on Nairobi were lifted and they could travel inside Kenya. The couple headed up to the Maasai Mara twice and were in time to see the wildebeest migration. Other trips have included visits to the coast and Amboseli National Park. “We’ve explored some interesting back roads,” Ken recounts. Just being able to move around again has eased their frustration.

The long pause in their trip has also meant a change to their travel plans. Rather than travel on to Uganda and Rwanda, as they’d intended, they plan to head south soonest: Tanzania, Zambia and then Botswana or Namibia. Even though they now want to get to Cape Town sooner rather than later, they say they will still take a few months to do so.

In September, the Kenyan government announced that the borders would be re-opening and foreigners would have to leave within two weeks. Fortunately, a prior visa extension gives the McLuckies until early November before they have to be back on the road. “It’s strange to think of moving again,” says Lorraine.

Follow Ken and Lorraine’s overlanding trip as they make their way from Kenya on to the Cape on their Facebook page, Caledonia to Cape Town.