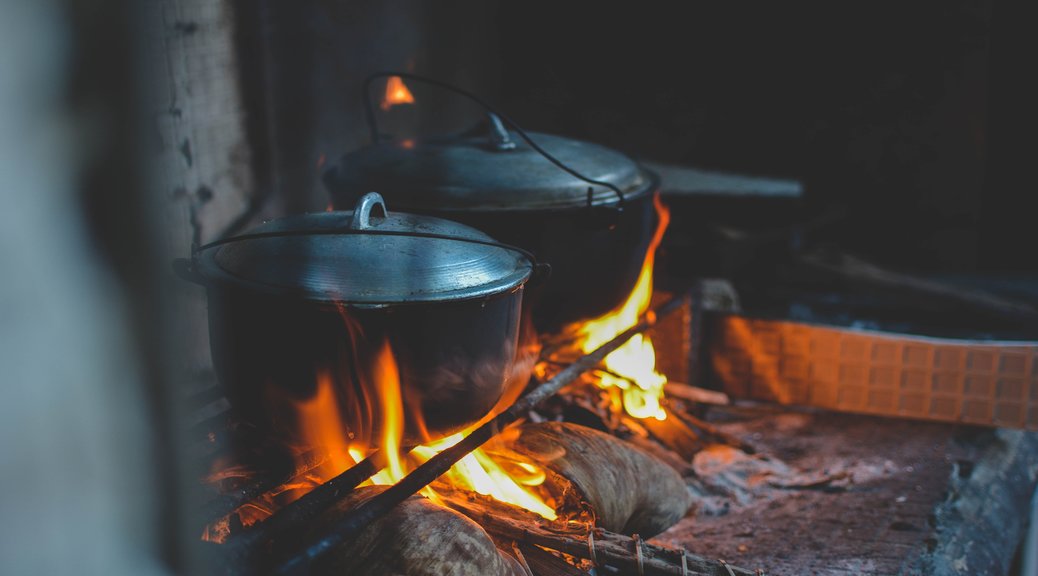 The wintry weather has Tracks4Africa co-founder Johann Groenewald longing for a cosy cottage in the remote Karoo with a warming pot of bean soup to hand.

I can remember my grandmother’s bean soup, but I must admit that this was from 35 years ago and I had no idea how to make traditional bean soup. I looked around and found this wonderful recipe by Gordon Wright from his book Veld to Fork.

After making the soup a few times, I adapted it to my taste and ingredients that are readily available.

It normally takes me two days to make this recipe and by the time it’s ready I have already eaten some of it. It’s one of those recipes which just gets better and better as you keep on cooking it.

I like to cook this over a weekend, but if you are working from home then any day of the week will do. Start the night before by soaking your dried beans. Cover them with a lot of water and bring to boil. Once the water has reached boiling point turn off the heat and leave it overnight, covered.

The next morning you drain off all the water.

Fill a large pot with the water and stock and add all the ingredients. Make sure that everything is covered with water – if not, add more water. I like to use a bit more than what the original recipe calls for but that is because I cook it much longer. Now bring everything to boil.

Once the water is boiling, reduce the heat to simmer for a few hours. Stir occasionally to ensure your pot is not burning. You want to have all the meat falling off the bones. This will happen after 3–4 hours. But you will find that the Eisbein takes much longer than the other bones to boil off. I start picking out the bones with tongs, ensuring that all the meat stays behind in the pot. Be sure to shake out the marrow from the marrow bones.

It should be around lunchtime now and I like to take out a cup of soup by this stage. You will find the beans to be firm and intact. Some prefer to leave it like this, but I like to cook it even longer to have some of the beans disintegrate and thicken the soup. You can let the soup cool off completely, allowing you to remove remaining bones and also to cut up any larger chunks of meat.  The skin of the Eisbein definitely needs cutting up.

Now cook your soup again for an hour or two, until most of the meat has disintegrated. Again, some may have preferred to stop earlier.

Now check your soup for seasoning and either serve immediately or let it cool overnight. I like to freeze soup in two-litre ice-cream containers. This is enough for a big lunch for four or even more if you like sharing. This recipe should yield at least four two-litre containers depending on how much you had for lunch while cooking it.

These I keep in the freezer for a quick lunch or dinner. Defrost the soup and bring it to boil on the stove. Add freshly ground pepper and serve with fresh bread.