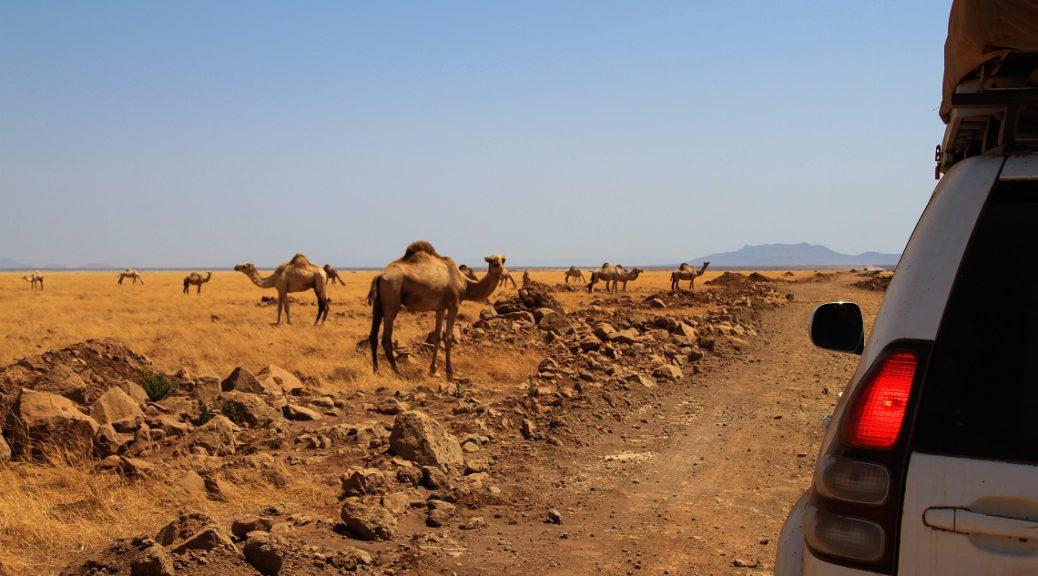 If you have set your GPS to Addis Ababa, be prepared for a rough ride on the road to hell through northern Kenya. The border town, Moyale, is more disappointment than destination, but at least the officials are friendly. By Romi Boom

The hardest part of our Cape to Cairo, or rather Hermanus to Haifa overland trip, was the road to hell through northern Kenya. Frontier land, a harsh landscape populated by nomads, camels by the roadside, veiled Arabic women, Samburu tribesmen with feathers in their headdress, Boran cattle herds – a different country almost. 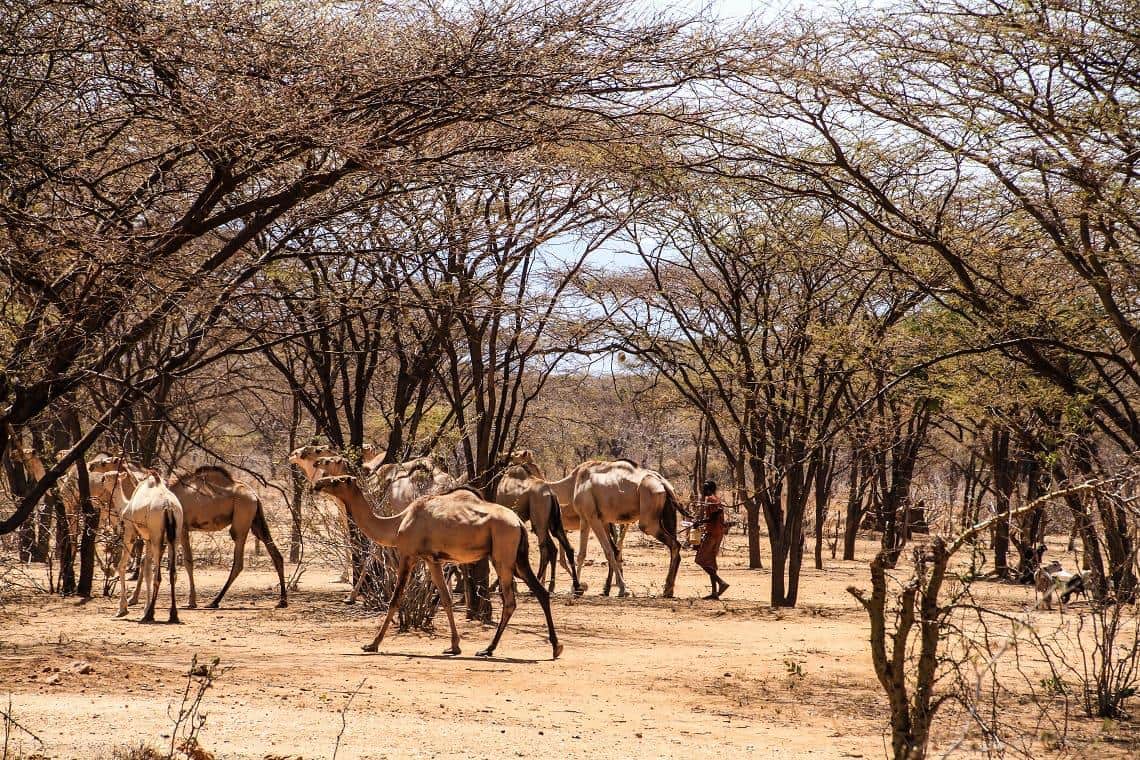 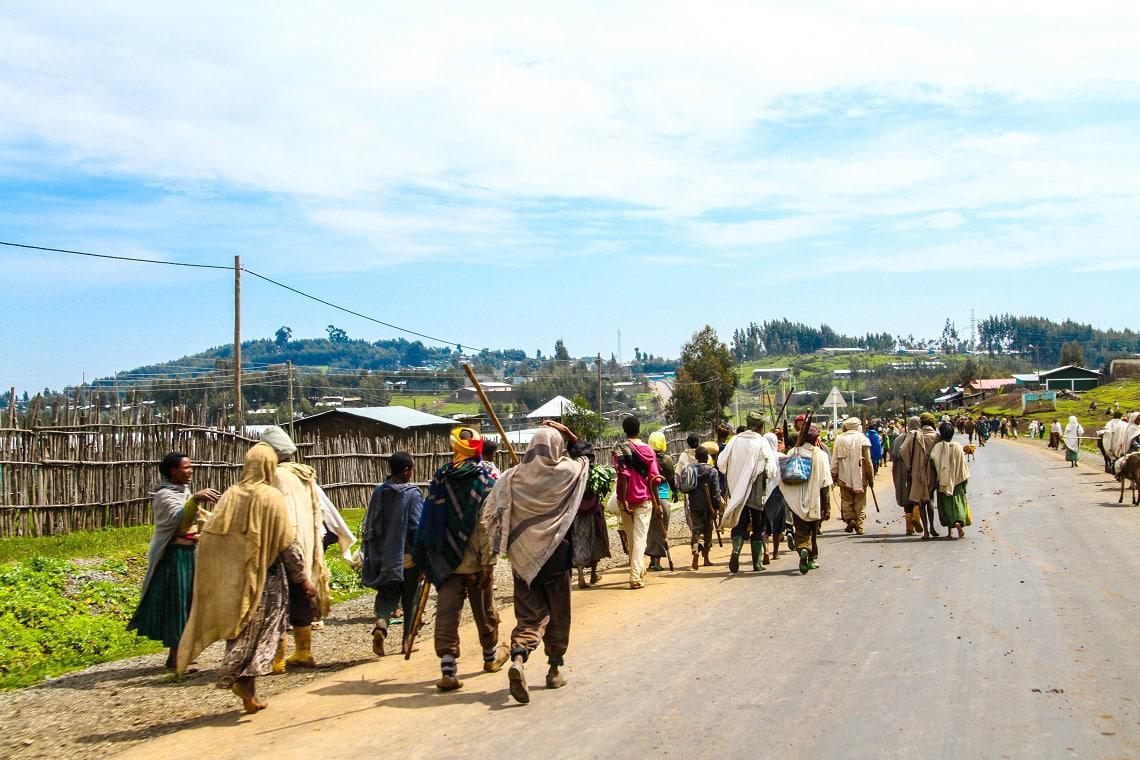 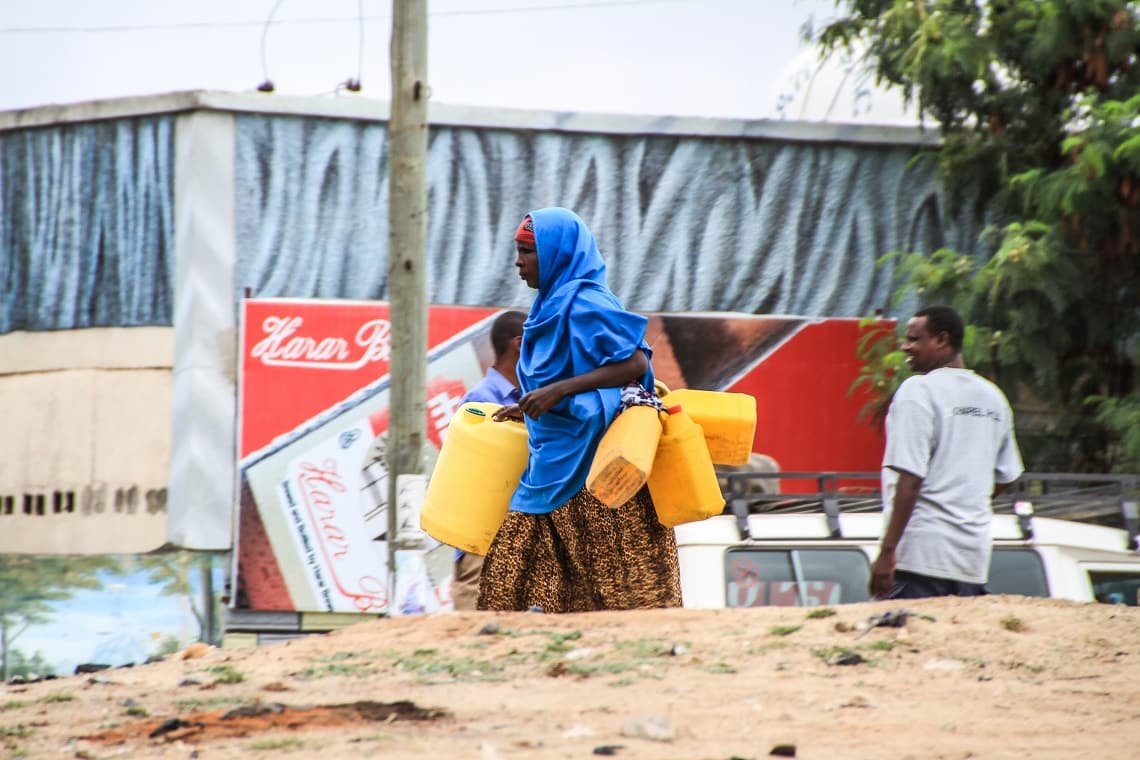 We relished the outstanding tar for more than 100km past Archer’s Post, thanks to the European Union, followed by a passable road all the way to Marsabit. Meant to take an entire day, we completed this leg of the journey smilingly in four hours, not even driving like the Kenyan maniacs. To add to our elation, Henry’s Rest Camp at Marsabit exceeded all expectations. We were indulging in electricity, running water that wasn’t brown, lots of firewood, a covered lapa, garden furniture… way to travel!

Travel partner Jannie had still not managed to get rid of the oil spill on the Prado’s roof. The plastic five-litre container with oil was a replacement offering from a friend after we were able to help him out when he ran into engine trouble due to filthy Tanzanian fuel. Two years later, this container was still cluttering our garage, so it was loaded onto the roof carrier, just in case. Bad roads caused chafing, and you can guess the rest. Black goo over everything on top, and dribs and drabs spilling down the windows. Lovely stuff when you add red powder dust.

Known as the loneliest road in Africa, the 500km to Moyale took 8,5 hours instead of four, as we had been told in Marsabit. The first 30km were a singalong as we cruised along a brand new four-lane highway with absolutely the best surface ever, thanks to the Chinese. Some sections under construction were finished and just awaited removal of the rocks that blocked entry. Not being allowed to drive on gorgeous black tarmac, obliged to creep along on interminable deviations, is a test of character. 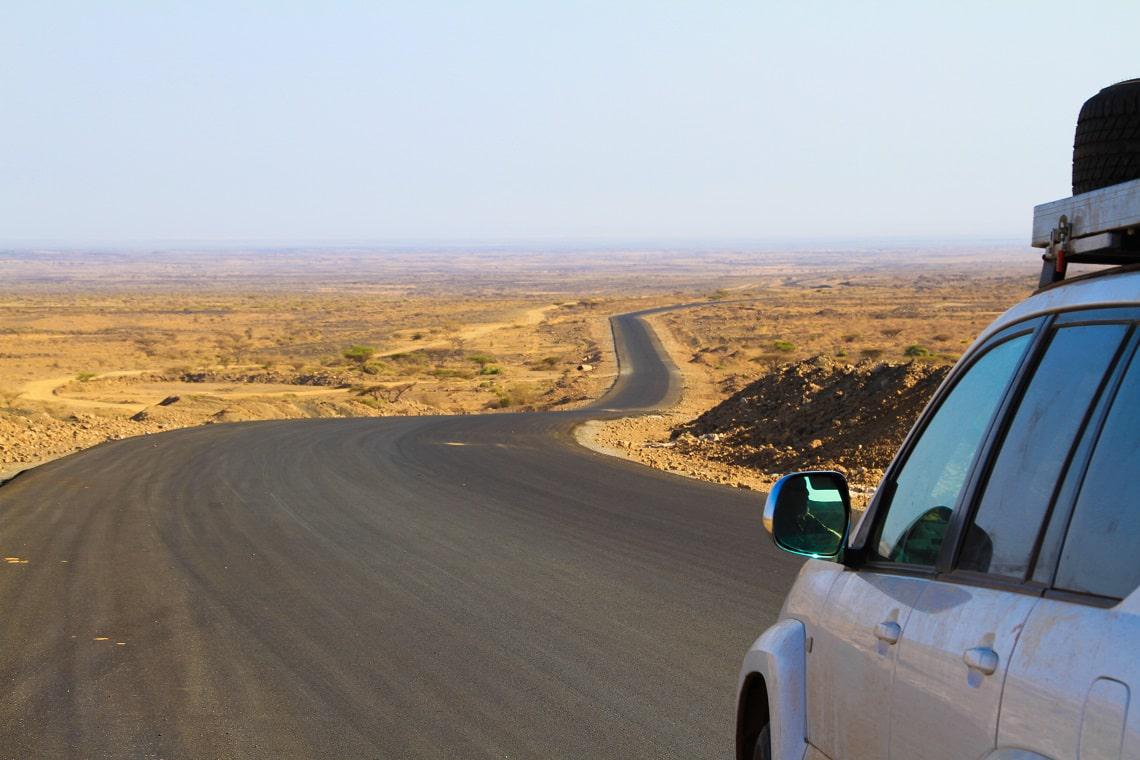 The last 50km, where the scrub starts to thicken and the road reverts to track status, is a favourite haunt of Somali shiftas because of the cover provided. Needless to say, all our senses were on extreme alert.

Arriving at Moyale, immigration procedures on both sides of the border went smoothly. When Jannie’s handwriting proved impossible to decipher, he replied to a question about his occupation that he was “retarded”. The tongue-in-cheek moment cracked up the Ethiopian officials who then explained that their colleagues at customs do not work on a Sunday. We would have to come back the next day, which suited us fine, as there was no way we could or wanted to go further.

When the border official told us that there had been tribal unrest with lots of shooting about 20km into Kenyan territory the previous day, we went quite numb. That explained the two ghostly villages through which we passed, no sign of a living soul, not even chickens, even though washing was still hanging outside.

Of all the border town dumps I’ve seen, Moyale has to be the worst. Dingy, filthy, tacky, seedy are apt descriptions. It is a hell-hole of the first degree. We camped on the Ethiopian side, in the back yard of the Koket Borena Hotel, the best accommodation in town, and were offered buckets of water, since a running supply did not exist. Shell-shocked from the awful road and the abominable surroundings, we got to washing some of the red dust from our tent. 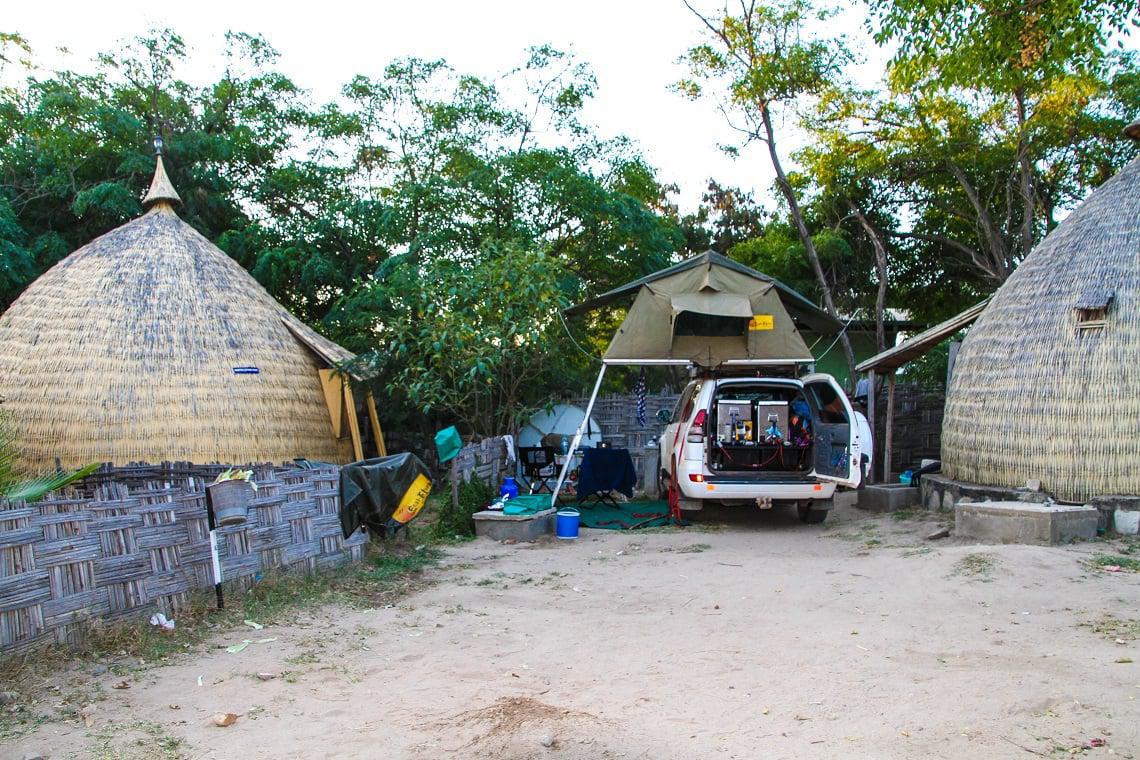 7 thoughts on “The loneliest road in Africa”