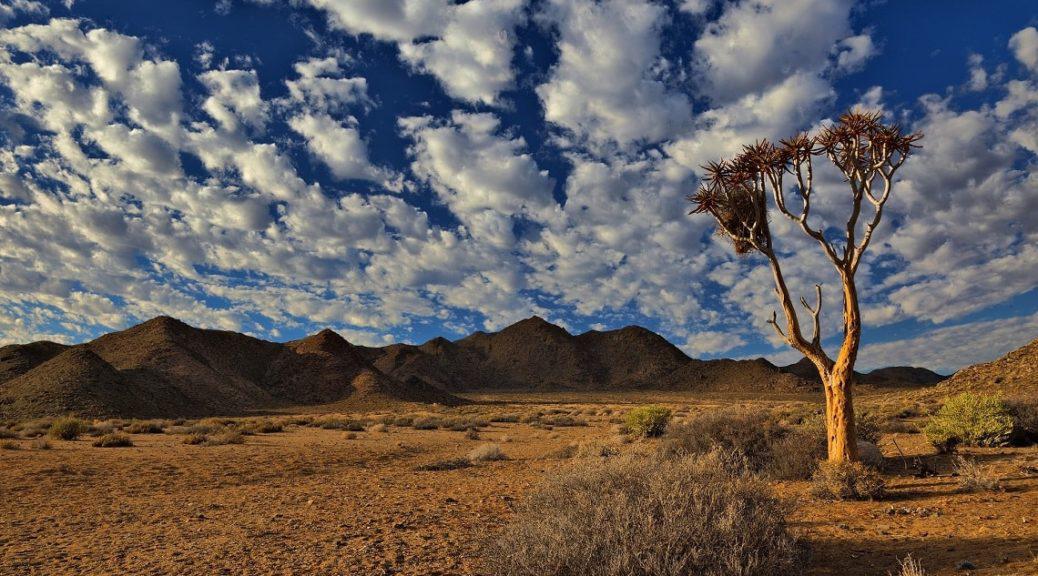 The Richtersveld Transfrontier Park in South Africa’s Northern Cape is the only true mountain desert in the country. If you’re an adventurous soul who loves the outdoors, here are five reasons to make it the next place you visit. By Roxanne Reid

Revel in undulating plains, rolling hills and rugged mountains that will haunt you with their fierce beauty. Some are almost entirely nude of vegetation, others awash in bushes and tiny flowers. Take it slow and drink in the surreal mauve, pink and grey tones of the mountain vistas. For incomparable views, head to passes like Akkedis, Domrogh and Helskloof. Surrender to the space and the silence.

Here even naked mountains are remarkable, some of them with zebra-stripes, others breaking up like chocolate flakes. Some of the rocks are 2,000 million years old, and you might find glacial sediments next to brooding volcanic rocks. If you have even a passing interest in geology, you’ll love the colourful variations and formations here.

The Richtersveld skies are vast and blue during the day. At night, they glitter with thousands of stars, thanks to the dry desert air and lack of light pollution. Be bowled over by the soft pinks and yellows as the sun creeps into the sky at dawn, and a riot of apricot and crimson as it sets at dusk.

As many as 360 different plant species might cluster in one square kilometre of the Richtersveld’s Nummiesberg, and botanists come from all over the world to study them. Stop at the nursery and plant centre at Sendelingsdrift to pique your interest in some you’ll see in the park. Their survival is a triumph in an area with just 40-150mm of rain annually. Instead, they make the most of moisture in the early morning fog that rolls in from the Atlantic Ocean.

Look out for the spiny-stemmed halfmens, the quiver tree (kokerboom) and a medley of little succulents that resemble stones until they burst into flower.

Take your mountain bike and tackle some of the MTB trails that have been opened near Sendelingsdrift Camp. Two of these start behind the camp and venture into the mountains. One plunges down from the top of Helskloof (called The Drop Off). All use single-track donkey or goat paths where the terrain is rocky with loose stones. They range from 6km to 35km and offer some technical challenges. Expect a grading of 2 to 4 in terms of difficulty and experience needed.

The trails are still in their infancy and more are being developed, so for now they’re free to park guests. “If we introduce fees once maps are available, they’re unlikely to break the bank,” says park manager Brent Whittington.

For more information about the trails, contact the park on +27 (0)27 831 1506, or send an email to hendrik.prins@sanparks.org or brent.whittington@sanparks.org.

For Orange or Gariep River views, stay at Potjiespram, De Hoop or Richtersberg Camp Sites, or at the Tatasberg chalets. Kokerboomkloof Camp Site and the Gannakouriep chalets are in the dry interior with bold mountain views. There’s also a campsite and chalets at Sendelingsdrift – the only place in the park with cell phone reception.

You can find out more about author Roxanne Reid’s African travels on her blog.

2 thoughts on “Five reasons to visit the Richtersveld Transfrontier Park”