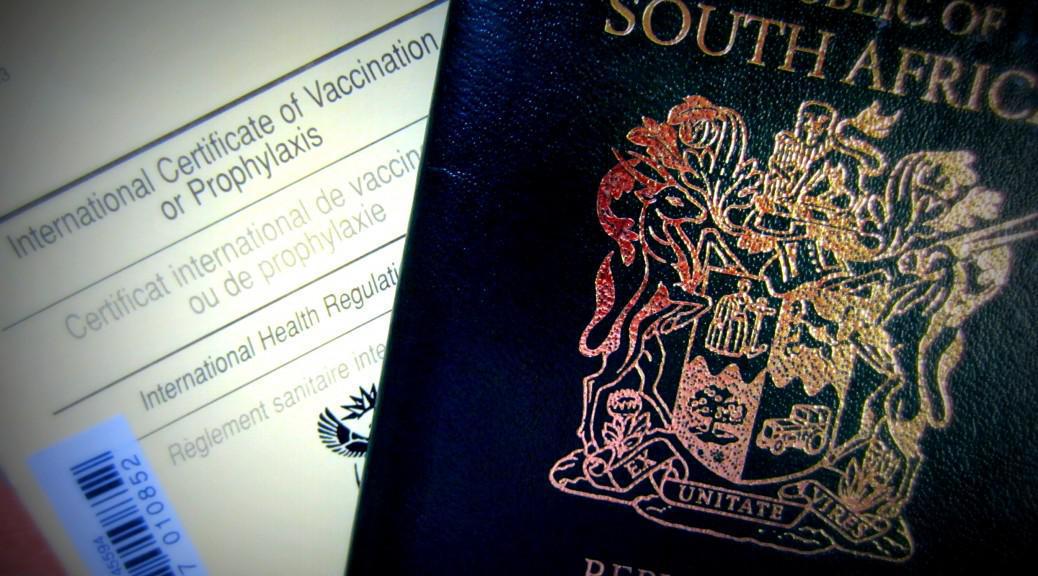 Travelling Africa does pose certain health risks for which you can take precaution. Visit your medical practitioner or Travel Clinic to ensure that you get the correct vaccinations, at least six months before your venture into Africa. Some vaccinations require several treatments with a time gap in between each. Whilst the advice given here under is accurate at the time of publication, check with your health clinic prior to travel to ensure that requirements haven’t changed. 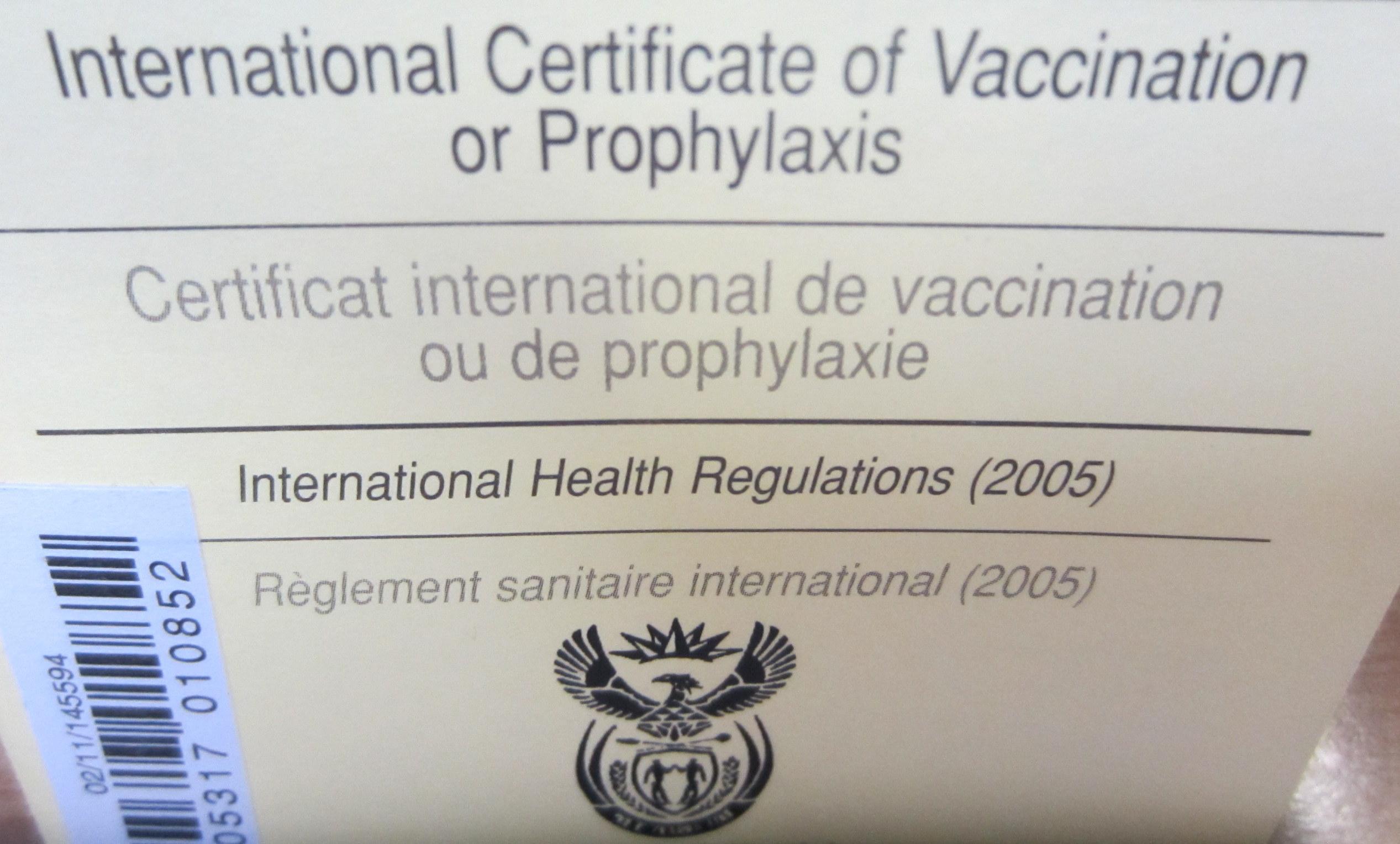 Yellow fever is endemic in the tropics of Africa and America but is a much bigger problem in Africa. It is a virus transmitted by a mosquito which flourishes in human habitations, especially under slum conditions and is thus prevalent in the large urban informal settlements in tropical Africa.

Although vaccination is generally not recommended for travel to areas with low potential for exposure, it might be considered for travellers whose itinerary could place them at increased risk for exposure to Yellow Fever (such as prolonged travel, heavy exposure to mosquitoes, or inability to avoid mosquito bites). Yellow fever vaccination is not recommended in areas with no risk.

A recent report by the World Health Organisation indicated that Angola had 788 confirmed cases of Yellow Fever in the six month period until 1 June 2016. Therefore the risk is high for potential spread to bordering countries (especially Namibia and Zambia that were previously classified as low-risk) and where the population, travelers and foreign workers are not vaccinated for yellow fever. Uganda had seven confirmed cases of Yellow Fever this year, therefore travellers to the bordering Tanzania is also at risk. As of 1 June 2016 the DRC has reported 52 confirmed cases.

Inoculation provides excellent immunity in over 95% of recipients, providing possibly lifetime effectiveness.  International travel regulations, however, demand that boosters be administered every 10 years. The risk of infection can be minimised by taking general measures to prevent or reduce mosquito bites, as one would do for malaria.

The incubation period between being infected with yellow fever and the onset of symptoms is usually three to six days.

The symptoms of yellow fever usually appear in two stages. The initial symptoms (the acute first stage) can include a high temperature, headache, shivers, nausea and vomiting, aching muscles, backache and loss of appetite. Symptoms usually improve after three or four days.

After the initial onset, about 15% of people go on to develop more severe symptoms, which can include a recurrent high temperature, abdominal pain, vomiting, a yellow tinge to the skin and whites of the eyes (that is caused by liver damage), kidney failure, bleeding from the mouth, nose, eyes or stomach; you may also have blood in your vomit or stools.

Half of the people who develop the second toxic phase of symptoms, die within 10 to 14 days. The other half recover with no major organ damage and are immune from the disease for life. Overall, this means that around seven or eight people out of every 100 who develop yellow fever, will die from it.

This is a viral infection of the liver which is generally transmitted by food and water. Outbreaks have been linked to contaminated water.

When you travel, it is safest to treat any drinking water or to drink bottled water. Ensure that the bottles are sealed when you buy them. Don’t drink anything with ice, since you cannot be sure of the water source from which the ice was made.

Patients usually become jaundiced, nauseous, vomit and experience joint pain that may last up to 12 weeks.  It can be effectively prevented by two injections, six months apart, to give permanent immunity.  (Another option is a combination vaccine against hepatitis A and hepatitis B – a series of three injections which will protect you for 25 years). 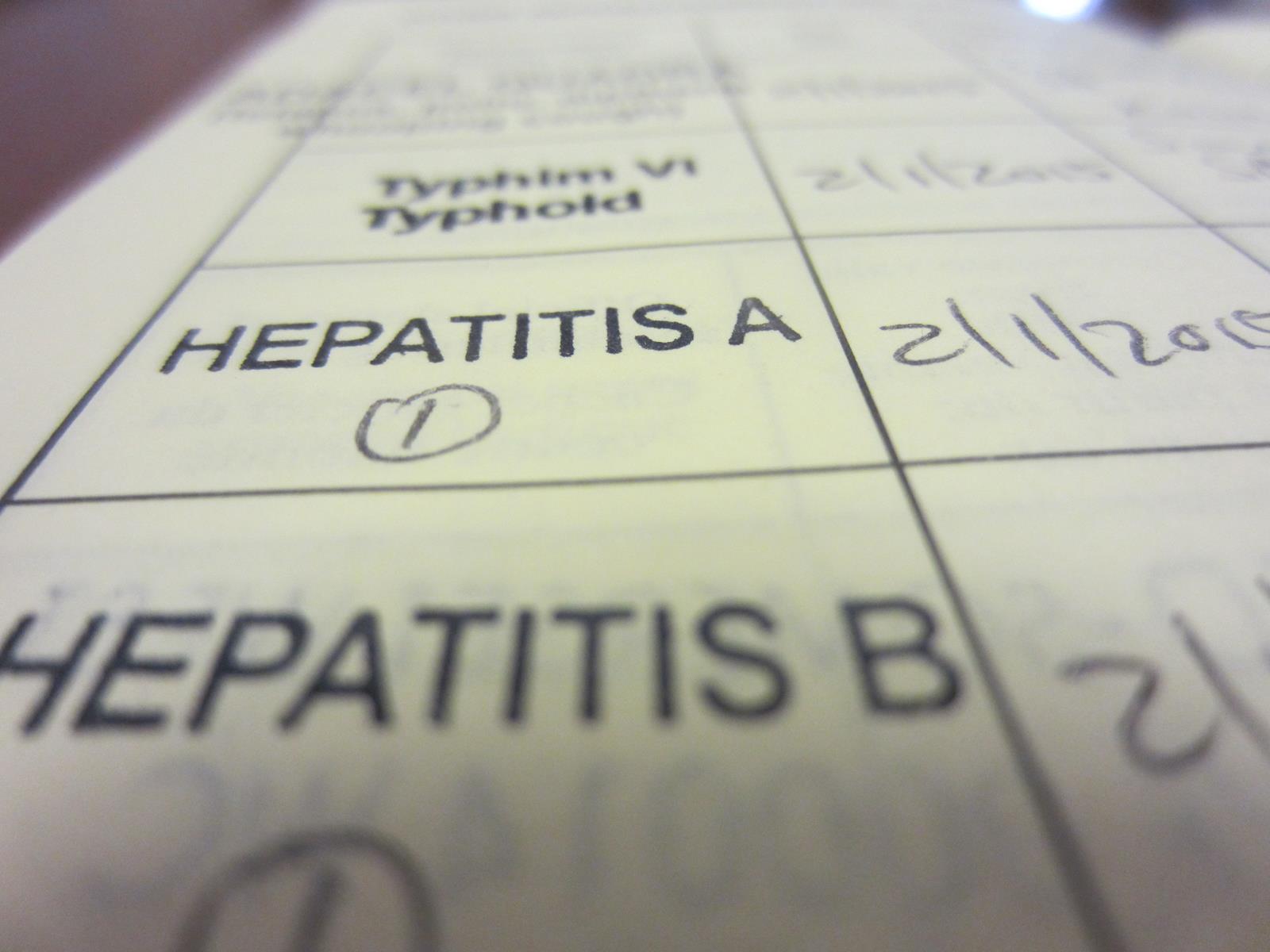 This is a viral infection of the liver which is contracted in the same way as the AIDS virus (by coming in contact with blood, semen and vaginal secretions). You don’t know beforehand if you might need to undergo dental or medical procedures while you travel.

Three doses of vaccine constitute the complete series of immunisation. The first two doses are usually given one month apart with the third dose about six months later. A further booster every five years is recommended.

Most people remain healthy without any symptoms while they fight off the virus. Some will not even know they have been infected. However, until the virus has been cleared, they can remain infectious.

If there are any symptoms, they will develop on average 60 to 90 days after exposure to the virus. Symptoms of hepatitis B include flu-like symptoms such as tiredness, general aches and pains, headaches and a high temperature. Further symptoms are loss of appetite and weight loss, feeling sick, being sick, diarrhoea, pain in your upper right-hand side as well as yellowing of the skin and eyes.  Symptoms will usually pass within one to three months.

However, hepatitis B is said to be chronic when you have been infected for longer than six months. The symptoms are usually much milder and tend to come and go. In many cases, people with chronic hepatitis B infection will not experience any noticeable symptoms.

Symptoms of chronic hepatitis B may include feeling tired all the time, loss of appetite, feeling sick, abdominal pain, muscle and joint pains and itchy skin. This disease may eventually lead to liver cancer.

No animal bite should be ignored! Since the disease is invariably fatal once symptoms appear, post-exposure treatment is based on the principle of inducing immunity before the virus gains access to the nervous system. Victims who have been bitten must get treatment without delay.

Overland travellers should consider pre-exposure immunisation as there are many domestic dogs roaming around the towns of Africa. Wild animals like bats, jackals, foxes, skunks, mongooses, meerkats and monkeys can also carry rabies. You must be very suspicious if these animals appear tame  and avoid any contact.  (One injection with Adacel Quadra will also protect you against tetanus, polio, diptheria and whooping cough for ten years.)

Rabies is a fatal disease contracted by virus-laden saliva from a bite from a rabid animal. The disease progresses to paresis or paralysis. Spasms of muscles on attempts to swallow will lead to a fear of water (hydrophobia). Delirium and convulsions follow. After two to ten days, death results (often due to respiratory paralysis).

This is a systemic bacterial disease, contracted when food or water contaminated with faeces or urine of an infected person or carrier is ingested.

Inoculation with a typhoid injection is advised if you are travelling to remote areas where you are not 100% sure of the water source and are not able to take enough bottled water. In any case carry water purification tablets or chlorine solution with you to treat unbottled water prior to consumption. The inoculation provides immunity for three years.

It may cause fever, headache and constipation (more common than diarrhoea).  Intestinal haemorrhage or perforation may occur in untreated cases, which can lead to the death of the infected person.

Meningitis is an acute inflammation of the protective membranes covering the brain and spinal cord, known collectively as the meninges. As outbreaks of bacterial meningitis occur between December and June each year in an area of sub-Saharan Africa known as the meningitis belt, your Travel Clinic will advise you to get vaccinated before you travel to Africa for an extended time.

One inoculation injection will protect you against Meningitis for three years.

The most common symptoms are fever, headache and neck stiffness. Other symptoms include confusion or altered consciousness, vomiting, and an inability to tolerate light or loud noises. Young children often exhibit only non-specific symptoms, such as irritability, drowsiness, or poor feeding.