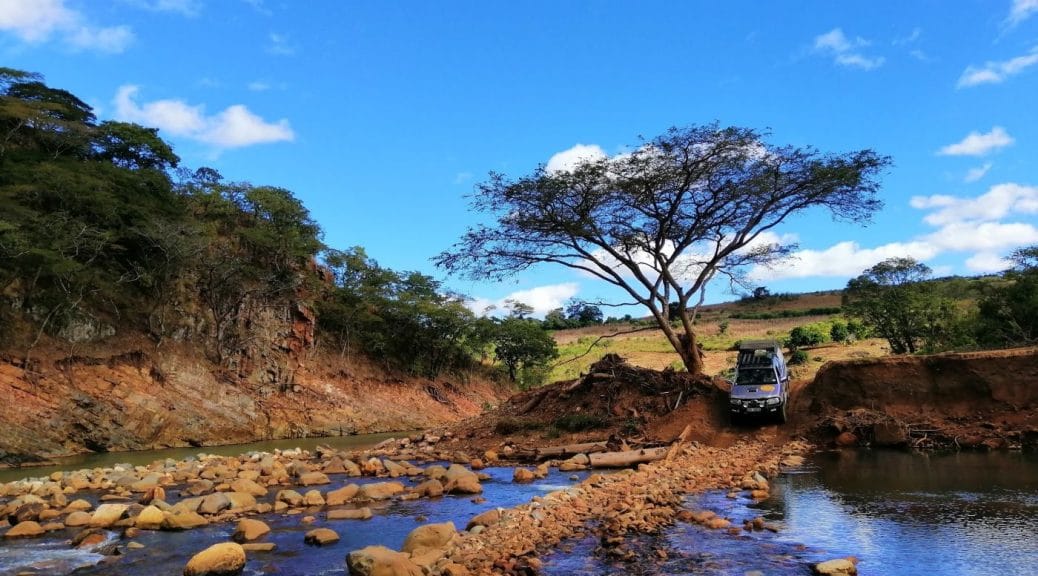 If Zimbabwe’s wealth was measured in natural riches, it would be one of the most affluent nations in Africa. See why this evergreen country is still worth the trip, despite bad press and a struggling economy.

Zimbabwe was once known as the breadbasket of Africa, a mecca for holidaymakers and a sought-after destination for safaris. Sadly, the political turmoil and economic downturn of the past decade have deterred many overlanders from exploring its borders.

The team behind Ultimate Routes, a local travel company that designs personalised routes for self-drive travellers in Africa, would like to change that. They took to Zim’s roads this past winter and came back inspired to show others what they are missing out on.

Lea Erasmus of Ultimate Routes clears up common misconceptions about Zimbabwe and reveals the top 10 reasons you should visit.

Fuel is available, most of the time. There may still be shortages from time to time, so it’s wise to take a jerry can or two along just in case. We came across only one town where there was no fuel at all on our three-week trip.

Tourists don’t need to queue for fuel. The local petrol attendants informed us on several occasions that their priority clients are tourists and ambulances. The nation wants tourists to return to their country and say good things about their experience in Zimbabwe.

The roadblocks are no longer so harsh. During the last few months, other travellers to Zimbabwe reported that they were never bribed, treated badly or challenged on dubious vehicle regulations, and our experience was much the same. We were waved through most roadblocks and were only asked to show our licenses or TIP a handful of times. Mostly, the officials wanted to know where we came from, where we were going and how we were enjoying Zimbabwe.

There is food. Most towns have at least a Spar, Pick n Pay or OK Foods. Use your T4A Guide App to check what shops there are in towns coming up on your route. Planning is made so much easier when you know what resources are available along the way.

We felt safe. Even when camping alone in large areas of wilderness with villages nearby, never once did we feel unsafe, threatened or unsure. We spoke to more strangers holding pangas in their hands than I would have ever felt comfortable with in other places… and mostly about vegetable gardening, birds and the state of the nation. What a wonderful people.

Zimbabwe’s tree-topped mountains and Miombo woodland expanses are unbelievable. The change as you drive from Botswana into Zimbabwe is breathtaking, from dry mopane scrubland to fig, teak and mopane forests!

In Hwange National Park we learned to identify the Zambezi teak, in Chizarira we were overwhelmed by the number of unfamiliar trees, among them the Pod Mahogany, Mountain Acacia, Sjambok Pod and Mountain Cabbage Tree. In the eastern highlands, we explored the unique Miombo Woodland trees. Mana Pools and Gonarezhou showcase bare floodplains with towering specimens of Ana Trees, Camelthorns and Leadwoods that dwarf the elephants that walk beneath. If not for the birds, game or fishing, go for the trees.

The Zimbabwean nation has a kind, engaging and friendly spirit. Along the way, we met with local rangers, park officials, mechanics, chefs, artists and farmers. We grew accustomed to the social norm of greeting a stranger by the hand and exchanging names before anything else. Despite the past and present political failures, financial depletion and infrastructure deterioration, the people are kind, positive and doing what needs to be done, with whatever little they have left.

We visited or stayed in seven national parks altogether. In three of these we were the only visitors, while at the other four, we saw other people only occasionally on the drives and the campsites were very quiet. This is bliss for game and bird watching, even though it has worrying implications for the country’s nature conservation and tourism revenue.

Never before have we had a fire built for us at a campsite. It seems to be the norm that the ranger or campsite manager on duty brings guests their wood, packs a fire and will even light it if you don’t request otherwise. In the Zimbabwean tourism industry, there is a level of care that goes above and beyond what we know as ‘good service’.

Zimbabwe National Parks have a wonderful policy of transforming daytime picnic sites into exclusive overnight campsites. They do come at a premium and if you are a walk-in guest, you might not get the one you want. That said, at a time when the parks are so quiet, it seems unlikely that a guest won’t get their first choice.

Zimbabwe boasts a rich diversity of biomes and vegetation throughout the country, so it’s no wonder that bird life is varied and plentiful. In the eastern highlands especially, there are several endemic species to add to your ‘life list’. Even on a relatively speedy winter trip, we ticked off approximately 62 lifers.

The arts and craft trade is still in full swing and the craftsmen and women are so eager for travellers to stop, appreciate and purchase their handiwork. We came across Prince, in the Vumba Mountains above Mutare, who not only makes beautiful soapstone carvings but also does commission work according to your design. If you’re ever at the Prince of Wales lookout point driving into the Vumba, stop by and ask for Prince.

Zimbabwe offers an abundance of prime fishing spots for self-drive travellers. We’re not big on fishing, but we did sample a few local delicacies during our stay. One standout was Kapenta, a small fish beloved by locals in the Binga region. This crispy, salted snack is enjoyed with tsadza (pap) and sheba or added to soup or stew.

The country is renowned for its excellent schooling system and despite political unrest and financial instability, the level of education is still noticeably impressive. The absence of a language barrier made it that much easier for us to learn about our surroundings from the locals. We made many great connections and had some unforgettable conversations along our route.

Conveniently situated on South Africa’s doorstep, Zimbabwe is rich in vegetation, landscapes, birdlife, wildlife and culture. Whether you’re new to self-drive or a seasoned overlander, you’ll find plenty to delight. Let’s boost this neighbouring country’s tourism industry – one trip at a time. Need assistance with bookings or constructing an itinerary? Email explore@ultimateroutes.co.za