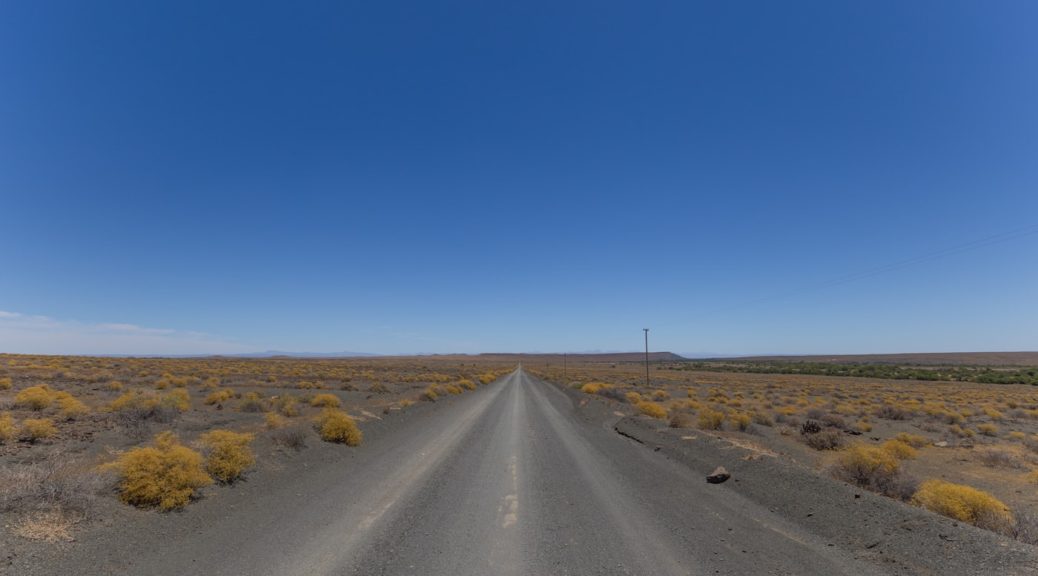 The AfrikaBurn Festival in the Tankwa Karoo is legendary for its art installations and good times. The road to AfrikaBurn, on the other hand, is notorious for tyre punctures and accidents. Get there with less stress by opting for one of these scenic alternatives. By Chris Davies

Every year the road to AfrikaBurn takes its toll. Tyres get shredded, trailers and caravans have overturned and, far more tragically, lives have been lost. This year the festival is launching its biggest road safety campaign to date, with new traffic control points, checks and police stops. The organisers are appealing to all festivalgoers to take it slow and expect delays. Anyone who’s driven to The Burn – and, especially, driven back – will know how crazy and dusty the R355 can get. With even more delays expected this year, there’s never been a better time to take the scenic route and find an alternative road to AfrikaBurn.

#BURNAFRICABURN! Every year, a few thousand #travel to and especially within #SouthAfrica to attend the #Afrikaburn #festival. To #dance, #dream and #search for #meaning in the #Tankwa #Karoo #desert in 2017 I joined in for #Lufthansa magazine. It wouldn’t have been my last time. It’s the end of April, which means the #endofsummer in the #southernhemisphere. Everyone around me has come to attend Afrikaburn, a week-long spectacle that takes place in one of South Africa’s most inhospitable regions. The Tankwa Karoo is a semi-desert populated by jackals, scorpions and extremely venomous #puffadders. During the day, the temperatures climb to 40 degrees Celsius. At night, they can easily drop below zero. But year after year, more and more people from #CapeTown have begun to attend, although the city is roughly 300 kilometers away. These days they even come from as far away as Europe and the United States. In 2017, 13 000 people have come together in the desert, including me. #love #mdmazing #afrikaburn2017 #burningman #tobiasboschfotomanagement

The shortest route from Cape Town to AfrikaBurn is up the N1, left onto the R46 and right onto the R355. In normal conditions, it’s also the quickest (about four hours) and although the gravel R355 has a reputation for eating tyres, with decent visibility and cautious driving I’ve managed it many times without a puncture.

All that changes when AfrikaBurn comes around. I’ve been to six of the last seven, driving a Corsa, a Cruiser and, most recently, a motorbike. To escape the R355’s dust and traffic, I used my Tracks4Africa maps to find alternatives that would keep me off the main route for as much as possible. Yes, they take a bit more time, but all are great drives in their own right. For some routes a 4×4 or high-clearance vehicle is required.

This is the most obvious detour although it unfortunately avoids only 45km of the 110km of dirt on the R355. On the plus side, you’ll still get to stop at the lovely Tankwa Padstal. They sell plenty of last minute snacks and supplies and there’s always a friendly vibe about the place, especially during AfrikaBurn. They’ll also be able to help with any puncture trouble you might have.

The Katbakkies route is ideal for getting off the R355 if the drive back is becoming too congested. As you’re driving south you’ll see the Swartrugpad turnoff on the right, 2.5km past the Tankwa Padstal. The Swartrug road is also dirt, with a brief stretch of tar on Katbakkies Pass itself. As it climbs up out of the Tankwa Karoo and into the Cederberg, you’ll see the long lines of dust stretching north and south to the horizon, as the bulk of the AfrikaBurn traffic continues along the R355.

The whole of this route can be driven in a sedan – 4×4 is not required. The views are stunning from the top of Katbakkies Pass and from there the road winds through the southern Cederberg before re-joining the tar 20km northeast of Op-Die-Berg. Then it’s south through the Koue Bokkeveld, down into Ceres and home. If you’re heading to Cape Town, there’s very little extra distance involved in taking this route and it might even prove quicker if there are any extra police stops at the southern end of the R355.

I did this route last year on my way to AfrikaBurn and I’ll certainly do it again. It took a bit longer – about 6.5 hours from Cape Town, but that was largely down to the seemingly endless gates along the Biedouw Valley section. I lost count, but I think it was about 15 – that’s a lot of stops and starts alone on a motorbike. There’s also a fairly deep water crossing on the Doring River which can be high come AfrikaBurn. The road out of the river is rough as well. You’ll definitely need a high-clearance vehicle, ideally a 4×4.

The great thing about this route is that it skips the entire southern stretch of the R355 and you’ll be one of the few cars leaving or arriving from the north. If you’re coming from the Cape Town area, take the N7 to Clanwilliam, then the R364 east through the beautiful rock formations of Pakhuis Pass. About 40km from Clanwilliam you’ll turn south onto dirt at the Wupperthal/Biedouw Valley turnoff, but 18km before Wupperthal, turn left into the Biedouw Valley and follow the signs to Enjo Farm. This is where the gates start, and it’s about 30km to the Doring River. After the river, it’s another 30km to the R355 and then 38km south to AfrikaBurn. 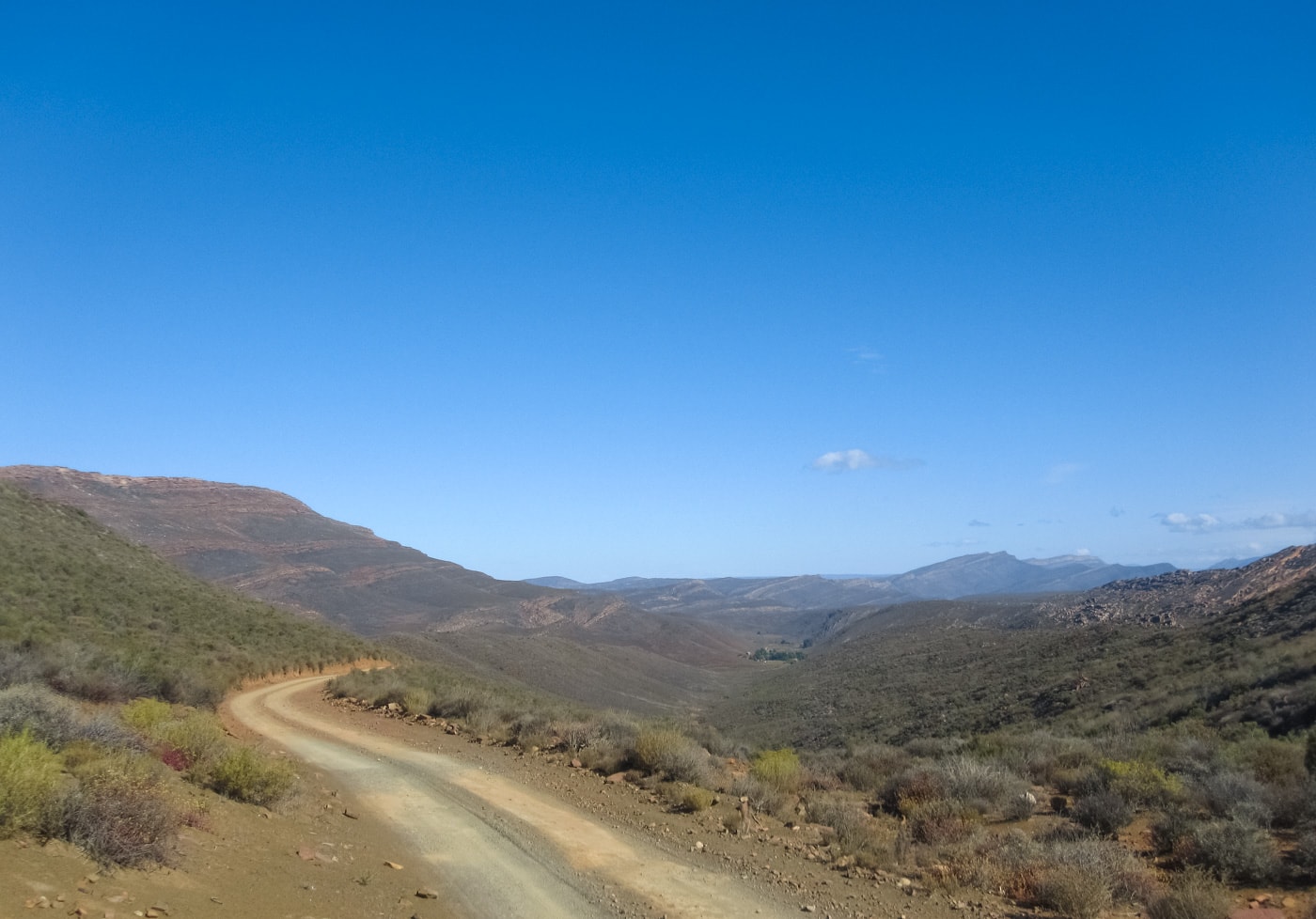 Gates aside, the road through the Biedouw Valley is wonderful, especially in the late afternoon light. I was heading to The Burn on the busiest arrival day and still didn’t see a single vehicle from the R364 turnoff to the R355. What a relaxing way to arrive!

This is a much longer detour for travellers from the Cape, but if you’re coming down the N1 then it’s definitely worth considering. From the Sutherland side, there are two options: north or south around Tankwa Karoo National Park, taking either the Gannaga or Ouberg pass respectively. 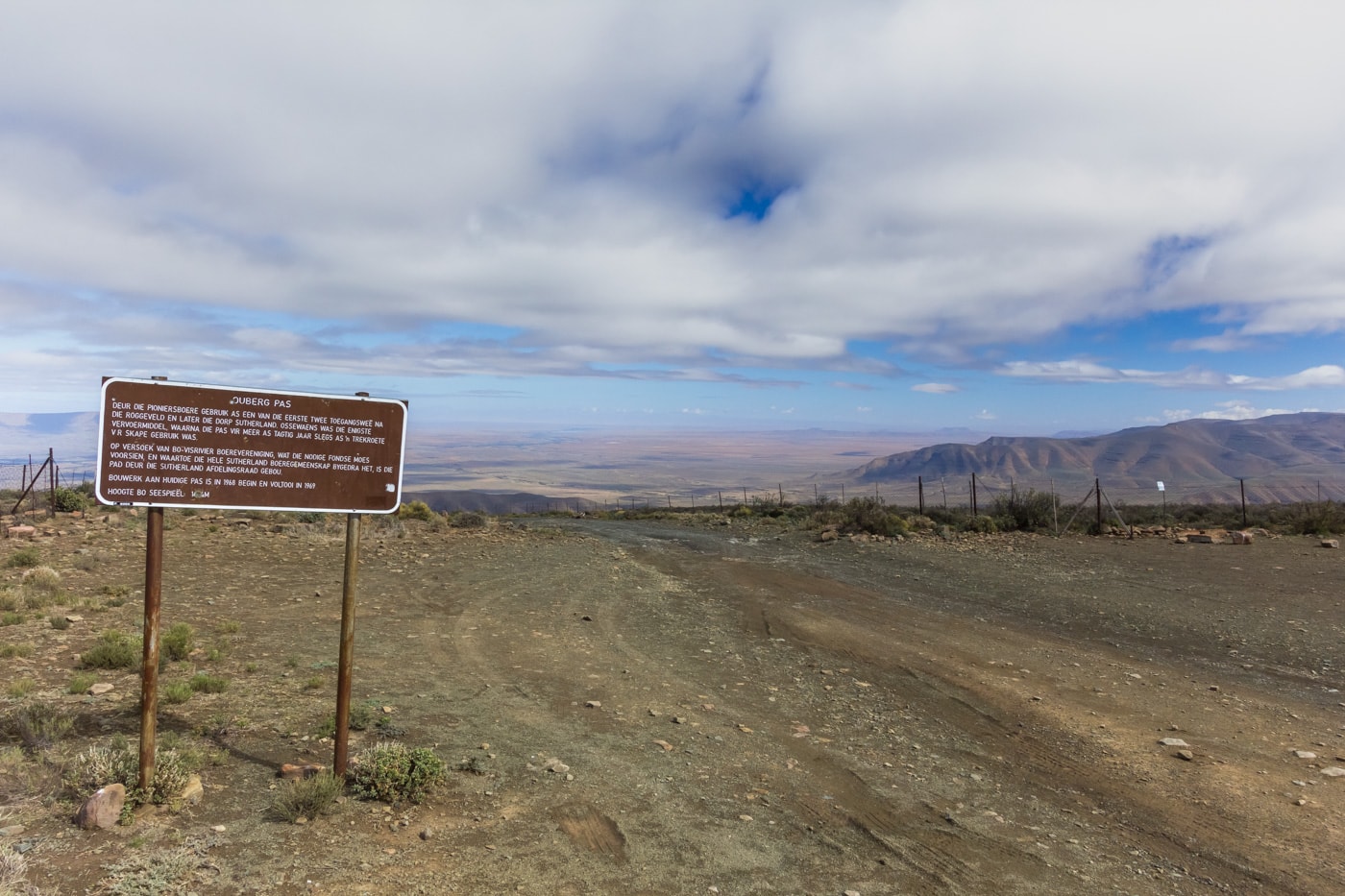 The northern route is a bit longer – about three hours from Sutherland – but it’s the quieter of the two. First head northwest to Middelpos, then south down the Gannaga Pass and northwest again to the R355. You’ll come out 50km north of AfrikaBurn with minimal traffic and fantastic views all the way. Assuming it’s dry, the pass itself is not strictly 4×4, but it is steep and rocky in places and you’ll need a sturdy, high-clearance vehicle.

From Sutherland via Ouberg Pass it’s closer to 2.5 hours to AfrikaBurn, but you’ll still have to do 42km along the busy southern section of the R355. The Ouberg Pass is also not strictly 4×4 when it’s dry, and the descent from Sutherland is certainly easier than the drive up. That said, it is rocky and you’ll need decent clearance. A 4×4 is definitely recommended.

In normal conditions, it’s about three hours from Matjiesfontein to the AfrikaBurn site along the R46 and up the full length of the R355. During the festival that might turn into four or five hours of dust and stress, whereas the Gannaga or Ouberg Pass routes will be the same duration at any time of year and you’ll avoid much of the dust and traffic.

The only route I know that completely bypasses the R355 is the Old Postal 4×4 Route. It starts (or ends) at Elandsvlei Farm, directly opposite the AfrikaBurn turnoff on the R355. The track runs for 55km over the mountains to the western edge of the Biedouw Valley. This route is 4×4 only with deep sand, rocks and river crossings, and you’ll need a GPS to find the right track. I wouldn’t recommend it with a heavy AfrikaBurn load – it’s an excellent 4×4 route, but probably one to attempt another day.

There’s not much you can do if a nail has your name on it, but generally speaking you’ll reduce the chance of punctures if:

These last two can be avoided by taking a road less travelled. Whichever route you take, make sure you have a good spare (not a biscuit – they don’t last on dirt at all), and it’s always a good idea to carry a tyre plug repair kit. With a bit of practice, they’re not hard to use and a good quality bicycle pump will inflate the tyre enough to get you back to civilisation.