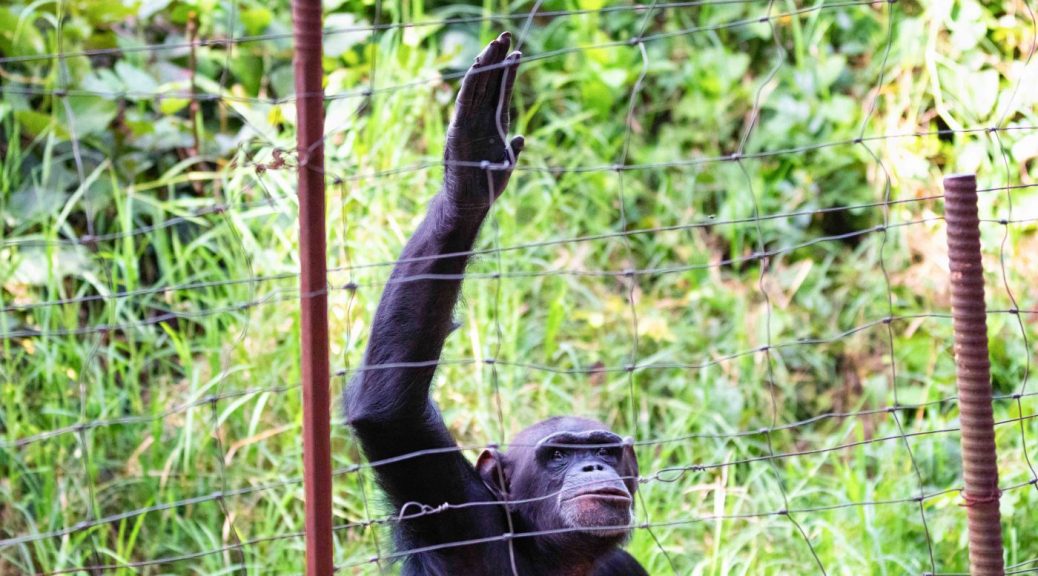 With 120 chimpanzees in their care, this wildlife orphanage in northern Zambia is renowned as one of the largest chimpanzee reserves in the world. Following a life-changing visit, T4A co-owner Johann Groenewald shares their inspiring story.

Chimfunshi, which means ‘place of water’, used to be a cattle farm on the northern parts of the Kafue River near the town of Chingola in Zambia. For Sheila Siddle and her husband, this was going to be a place to retire. Then something extraordinary happened: they were asked to take in an orphaned chimpanzee that had been confiscated from poachers. They had no idea how one should take care of a chimpanzee, so they did what came naturally and raised it like a little baby. Pal slept in their bed, was potty trained and took part in everyday life on the farm. With that single act of kindness, Chimfunshi Wildlife Orphanage was born.

A place of refuge

The Zambian government used to turn a blind eye to the chimpanzee trade as they had no place of safety for these animals. But as word got out that Chimfunshi was willing to take them in, the population of orphaned and pet chimpanzees grew larger and larger.

At Chimfunshi, a place of safety was offered to these forlorn animals. Each chimpanzee arrived with its own tale of misery. Many were babies that had been ripped from the dead bodies of their mothers after they were killed for bush meat. Others arrived as adults who had been kept as pets, zoo animals or simply as mascots to attract people to bars or other places of business. Some were even addicted to alcohol and cigarettes.

You can learn more about Sheila’s story in a book she wrote about her life and the animals at Chimfunshi. It’s a fascinating account of how each chimpanzee became a part of their extended family. Sheila was 47 when the first baby arrived, and it is amazing to see how she and her husband embraced a completely new way of life. At 47, we tend to think that there are few surprises left in store but here is an example of how a brand new adventure started unexpectedly.

Today, Chimfunsi Chimpanzee Orphanage is home to over 120 chimps and several other animals that have fallen victim to illegal trade. There were six African grey parrots on Sheila’s stoep when I visited, and I was privileged enough to meet her in person. At almost 90 years of age, her enthusiasm for her animals is contagious. I especially loved the story of her pet hippo, Billy which shared their house until she could no longer fit through the door and had to settle for life on the stoep instead.

Chimfunshi is not a zoo or a collection of cages where animals are kept. Individual chimpanzees are introduced to groups, which then form families. They live in very large camps on the banks of the Kafue River. While not their natural habitat, it is the closest they will ever come to having a ‘normal’ life after being ripped from the forest further north. There are, however, a few escape artists who have to be kept in enclosures as they just cannot resist the temptation to break out of their camp and raid the farm.

In the Copperbelt, there is not much in the way of tourism, but Chimfunshi is a reason to make a detour. The chimpanzees are fed in the mornings when you can observe them from the roof of their feeding area. You can camp at Chimfunshi or stay in basic but very adequate self-catering chalets.

Chimfunshi Wildlife Orphanage Trust is a non-profit organisation that relies on donations to carry out their crucial conservation work. Support their efforts by donating online, becoming a volunteer, or sponsoring an individual chimp. Learn about their current projects here.