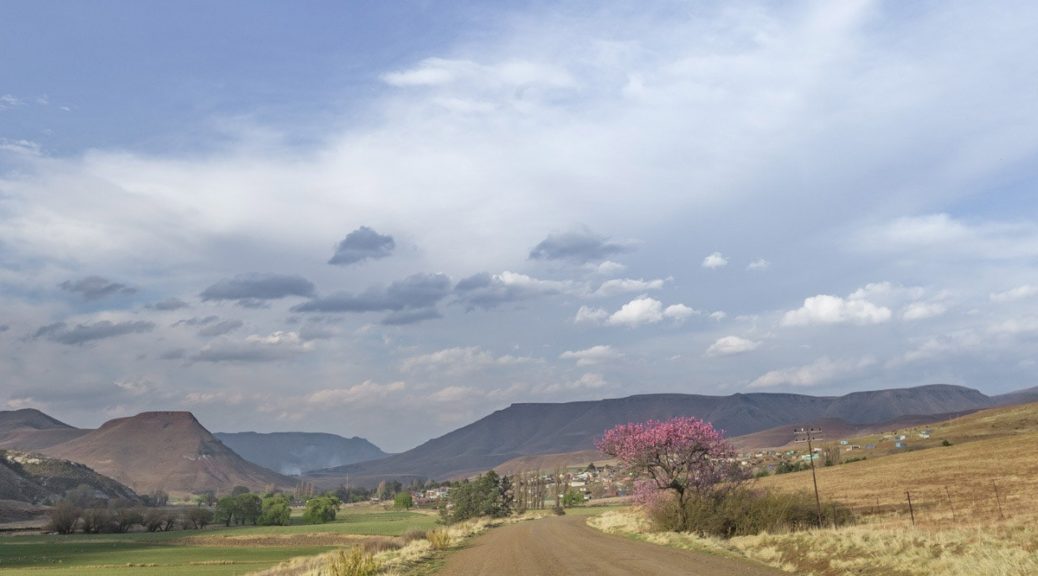 The roads around southern Lesotho climb high into the southern Drakensberg, crossing trout-filled streams and meandering through some of South Africa’s most spectacular mountain scenes. A road trip through these Eastern Cape Highlands can twist and turn over most of South Africa’s highest mountain passes. This route takes in two of the best, with a charming overnight stop in beautiful Rhodes Village on the way. By Chris Davies

On a recent drive from Johannesburg to the KwaZulu-Natal coast, I decided to take a route I’d not tried before. Instead of the usual quick run down the N3, I’d turn off to Clarens, follow the Maluti Mountains to Ladybrand, then circle south around Lesotho through Lady Grey, Rhodes, Mount Fletcher and into the Midlands. It would add a few days, but I had time. As it turned out, I could happily have dawdled and taken even longer.

From Clarens to Ladybrand I know the road well, and the many-layered creams and ochres of the Malutis were a familiar sight through the passenger window. After an overnight stop in Ladybrand’s Little Rock Holiday Resort, where two massive grazing pigs were my only camping company, I continued south down the R26, towards Hobhouse. From Wepener to Zastron I passed just four cars and I have to admit, the landscape here was less than inspiring.

The southern Malutis were now almost out of sight to the east and to either side, fallow fields lay dull and brown. By Sterkspruit it was getting busy again, the road jammed with trucks and taxis, and I was beginning to wonder whether this road was a great idea after all. Then half an hour later my faith was restored as it dropped gently down into sleepy Lady Grey, then hooked right up Joubert’s Pass to bring me back into the mountains.

At 2,236m, Joubert’s Pass is one of the highest mountain passes in South Africa, a stunning bucket-list of a road that twists through the Witteberg Mountains from Lady Grey to Barkly East. Gravel and, with a maximum gradient of 1:6, turns that are steep, but otherwise not too challenging. In fair weather (usually autumn and spring) even a sturdy sedan should manage. For a wonderful hour I had the whole pass to myself, climbing high beneath a crisp blue sky, then it was back down to tar through Barkly East before a return to gravel on the R396 to Rhodes. We soon arrived at the the village institution, Walkerbouts Inn, for a delicious build-your-own pizza.

The next morning, I continued east to the second major pass of the trip, Naudé’s Nek. At 2,590m it is the highest commercial pass that starts and ends inside South Africa (Sani Pass is, of course, higher, but has one side firmly planted in Lesotho). From Rhodes, 4×4 enthusiasts can try the detour north to Tiffindell Ski Resort and then take the 27km Tiffindell-Tenahead Traverse (the TTT) directly to the top of Naudé’s Nek. This 2,720m-high 4×4 trail seemed a bit risky for a first-time solo attempt, so I settled for Naudé’s rocky gravel and have no complaints.

At the top a breathtaking view unfolded to the plains below. The previous winter had dropped over 2m of snow on this wind-swept track, but there was no sign of it now as I bumped my way down the switchbacks and crossed a succession of low, bubbling streams while scores of vultures circled the thermals back to the peaks.

It was only when I hit the tar again and turned north to Mount Fletcher, that I realised I’d not passed a single vehicle since leaving Rhodes – and even there they were parked and still. This last section to Underberg and the Midlands was once more bustling, with sluggish traffic through the towns and too-fast trucks on the stretches between. Even they, however, couldn’t dampen my mood. The Drakensberg Mountains were now just a distant line to the north, but only hours ago I was alone up there among them. Next time I’ll spend a little longer exploring. This is definitely a route I’ll be taking again.

Choosing an alternative to the usual route is a piece of cake with the Tracks4Africa Guide App. The app lists accommodation, sights and useful travel services along the way and provides travel time based on actual travels. 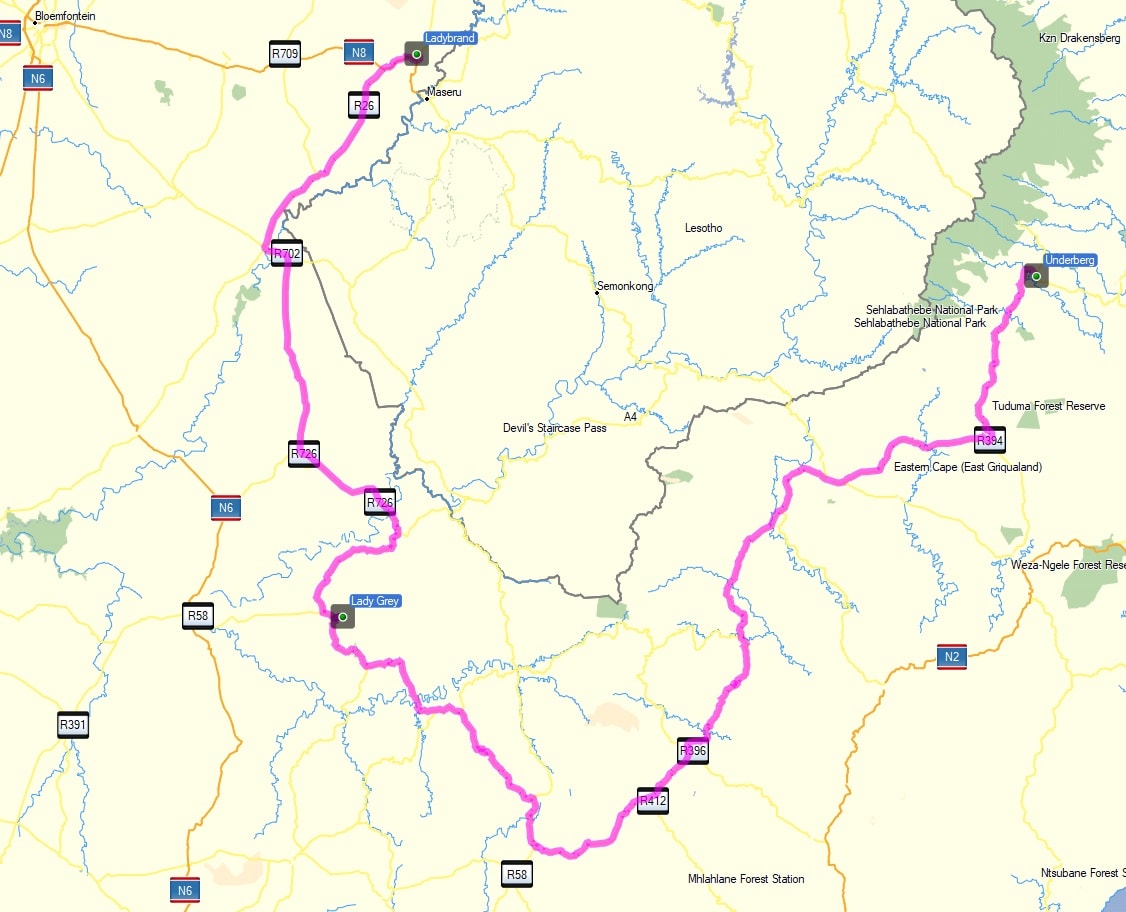 When was the last time you took the long way round to reach your destination? Let us know in the comments section below.