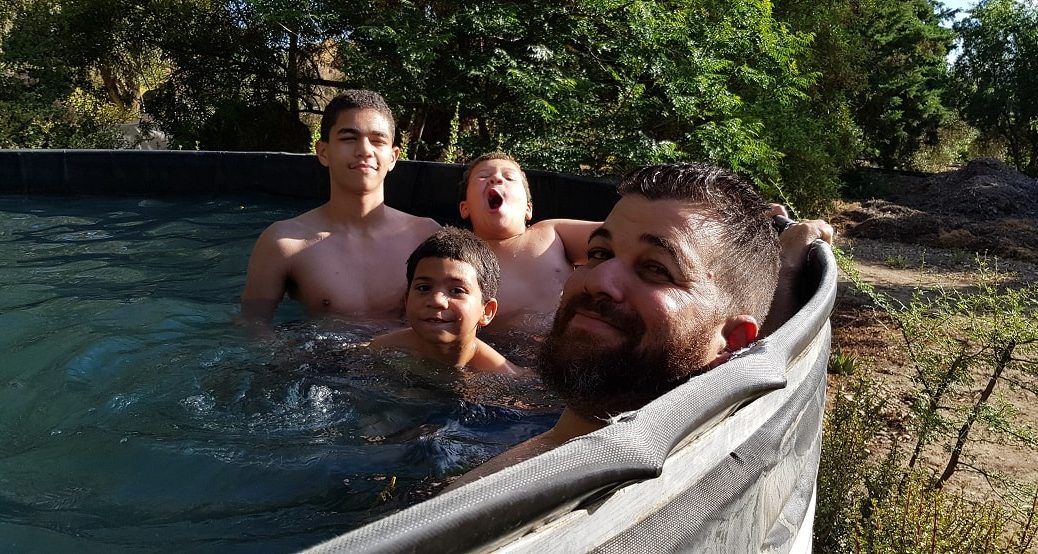 When we took our kids camping for the first time, we knew we needed a few key ingredients to convert them. By Calvin Fisher

There exists a sweet spot, should you be brave enough to take it, right between Boxing Day and New Year’s Eve, for an unconventional holiday. The younglings in our tribe of five had never spent a night outside, never camped, never pitched a tent. That they needed respite from their digital devices was obvious. A good dose of nature was just the thing to cure them from the cabin fever that must surely be infecting them as much as it was affecting us adults.

A short scan of the Tracks4Africa Guide App confirmed what we’d already anticipated, that just the destination for us was less than 400km away.

But wait, that’s bloody far for a quick escape?

Let me explain. We’re intrepid road trippers, my partner and I, and our boys know it. They’re more than well accustomed to long hauls in anything from the new Nissan X-Trail we were going to use for this trip to either of my classic (and non-airconditioned) cars. The trick was to reward them through their stomachs.

Calitzdorp Station then, a repurposed train station, was perfect. Its location on Route 62 meant Diesel and Crème burgers and milkshakes for lunch on the way there, and a meal at Ronnie’s Sex Shop on our return two days later. The boys were sold. Then we showed them photos of the old handcars (push trolleys) that litter the trainyard that we could climb on, ride or race each other with. Thereafter we showed them pictures of the onsite splash pool and the station’s pet dogs. At this point they were more excited than we were. This was all going according to plan…

Still sluggish from Christmas lunch earlier that week, I began packing our SUV for the trip. We’d acquired a fairly large five-person tent for the task at hand, including the usual addenda required to plant it into the ground. Added to that were paraphernalia, bedding, toys, clothes and enough snacks to survive a three-day, two-night adventure. The boot was never going to suffice and I didn’t want the schlep of a trailer. Luckily our X-Trail was fitted with Forerunner roof rails which I (lethargically) filled with gear and sundry.

We were finally off and soon enough winding our way along the spaghetti tarmac of the R62. At 16:00 we were parked at our campsite at Calitzdorp Station. We chose a picturesque spot against the cliffside as all the shaded spots were already occupied. This way we knew we’d have protection from the sun for at least half the day – enough for us since the plan was to be out for most of the day.

By 17:00 in 40-degree heat, our tent was up and one minute later we were all in the pool. This would become a ritual all weekend. Play on the handcars, hop in the pool. Cook a meal, hop in the pool. Visit the campsite owner’s onsite pub, hop in the pool. Keeping cool and staying entertained for the duration of our holiday was a doddle, with each hot day punctuated with cool nights, complete with hot chocolate and storytelling.

We were a little worried that the kids would get bored with camping while we were there, but thanks to some quick thinking and a few gadgets, everyone was entertained the whole trip through.

So much fun was had. Soon enough it was time to pack it all up once again, to say goodbye to the dogs, and point our orange bonnet back towards Cape Town.

Do your first camping trip. Don’t hesitate. It doesn’t have to be difficult, and you can easily tailor-make it around your own family. The road trip format works for us, but you might want something more bitesized at the start.

Delve into the Tracks4Africa Guide App or the Traveller’s Atlas Southern Africa to plot your route and discover sights where you can break the journey.

We’ve learnt a lot after our first attempt. For example, for our little unit, two nights away is definitely the right length of time, at least for now. Now to plan the next one.

Need advice on overlanding with kids?