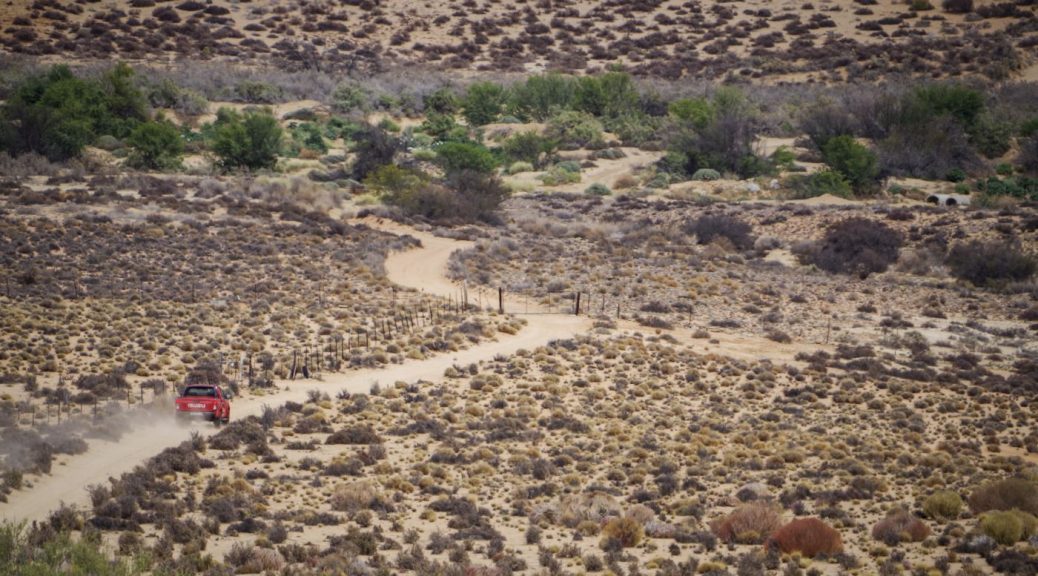 Namaqualand is more than the national park and flower hamlets like Garies and Kamieskroon. The little town of Okiep is a quirky base for day-tripping along country roads and through ‘empty’ landscapes. Words and pictures by Jacques Marais

Out there on the remote edge of Namaqualand in the Northern Cape is where you’ll find the quirky little dorp of Okiep. Dozing about 10km past Springbok, up against the N7, it is just the place to stop while tackling the long road from Cape Town to Namibia.

The problem is that most people know nothing about the town and the outstanding Okiep Country Hotel because they are too busy putting foot along the N7. All I can say is, your loss, buddy, because you are missing out on one of Northern Cape’s most special places.

Here Malcolm Mostert and his team at the hotel prepare the best lamb-neck main course on Planet Earth. Plus, those peaks bristling to the east of the tarmac strip brim with adventure opportunities.

What’s in a name?

Apparently, the name Okiep originated from the word ‘U-gieb’, but no one is 100% sure about the Khoi meaning. It possibly refers to a ‘brak fontein’ (brackish spring) or ‘groot boom’ (large tree). What is established is that Okiep is the oldest mining town in South Africa.

Copper was discovered here as early as 1855 and during the accompanying rush miners from all over the world found their way here. Within a year Okiep was home to the world’s largest copper mine and nowadays visitors can take a tour to view the mineshafts and smelting towers.

Visitors to Okiep no longer have to delve deep to uncover treasures. The landscape of imposing quiver trees and rugged granite formations can be explored on dirt roads and dual tracks. Namaqualand may be synonymous with flower season, but personally I’d go from March to May when the plains boast verdant succulents and bulb plants in full flower.

You can easily tackle the Rooikat Eco-Route in Namaqua National Park with your 4×4 vehicle, but you will have to organise a permit with the park first. There are also dozens of 4×4 tracks waiting to be explored in the Sandveld surrounds. Bear in mind that some of the options, such as the Pipe Track Route, need permission, so check with Malcolm at the Okiep Country Hotel before planning your route.

Otherwise, chat to Dudley Wessels (083 305 2569); he is by far the best tour guide in the region and knows both Namaqualand and the surrounding Strandveld like the back of his hand. The back roads past Gamoep, Anegas and Bloupoort are surely the most scenic in our country and truly in the middle of nowhere.

If you intend exploring the mountains further inland, Studer’s pass to the charming little mission village of Leliefontein is a must (pick it up at either Garies or Kamieskroon).

Things to do around Okiep

Spring flowers Mention Namaqualand and immediately you think… spring flowers. During the rainfall season, from late July to August, the countryside bursts into technicolour glory with carpets of yellow, white and orange interspersed with blue and purple and for a few magical weeks, the dry desert becomes a wonderland.

Mountain biking The endless plains and koppies around Okiep are made for cycling, with dozens of gravel roads and footpaths to attract mountain bikers. For a quick two hours or so in the saddle, crank north on the Concordia tar road for about 5.5km, then turn right onto a sandy dual track. This route winds between the koppies above Okiep where you will eventually join the pipeline jeep track. This circular route is not for beginners and totals about 23km with a choice of tar for the last 5km back to the hotel.

History Take a deep dive into the past with an excursion to one of the old copper mines (book with the Okiep Country Hotel). Alternatively, visit the great Nababeep museum for an overview of local history. Now a national monument, the smokestack dating from 1880 was a ventilation shaft for the Cape Copper Company.

Quiver Trees Within easy walking distance from Okiep you can marvel at prime specimens of quiver trees, their unusual shapes etched against the sky. For memorable photographs, time your hike for sunset.

Access: Okiep lies 10km north of Springbok off the N7

Be adventurous and take Africa’s best back roads this December! Don’t forget to load the latest GPS maps on your Garmin device to keep you on track. Map owners are entitled to a free upgrade on the next version and 50% off all subsequent purchases. Read our map upgrade policy for more information.