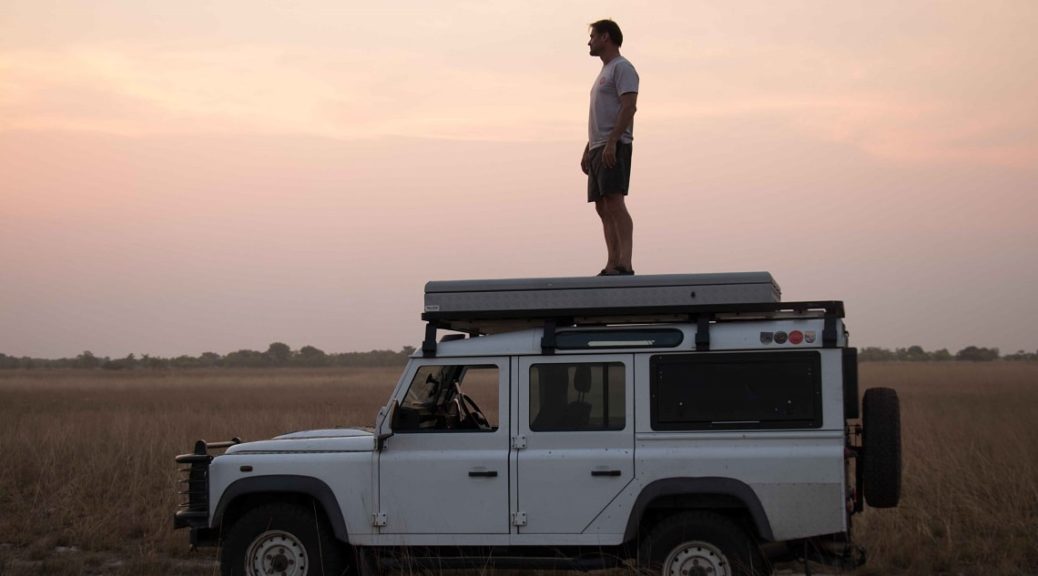 Liuwa Plain is more than just a national park in Zambia’s Western Province. It’s a haven for mammals big and small, a paradise for birders and an unforgettable destination for self-drivers. By Johann Groenewald

Mimi knew my name when I entered the African Parks office in Kalabo. This impressed me even more than the brand-new road that we had just travelled on from Mongu to Kalabo in a mere 45 minutes. Previously the drive through the flood plain from Mongu to Kalabo would take several hours depending on the condition of tracks. 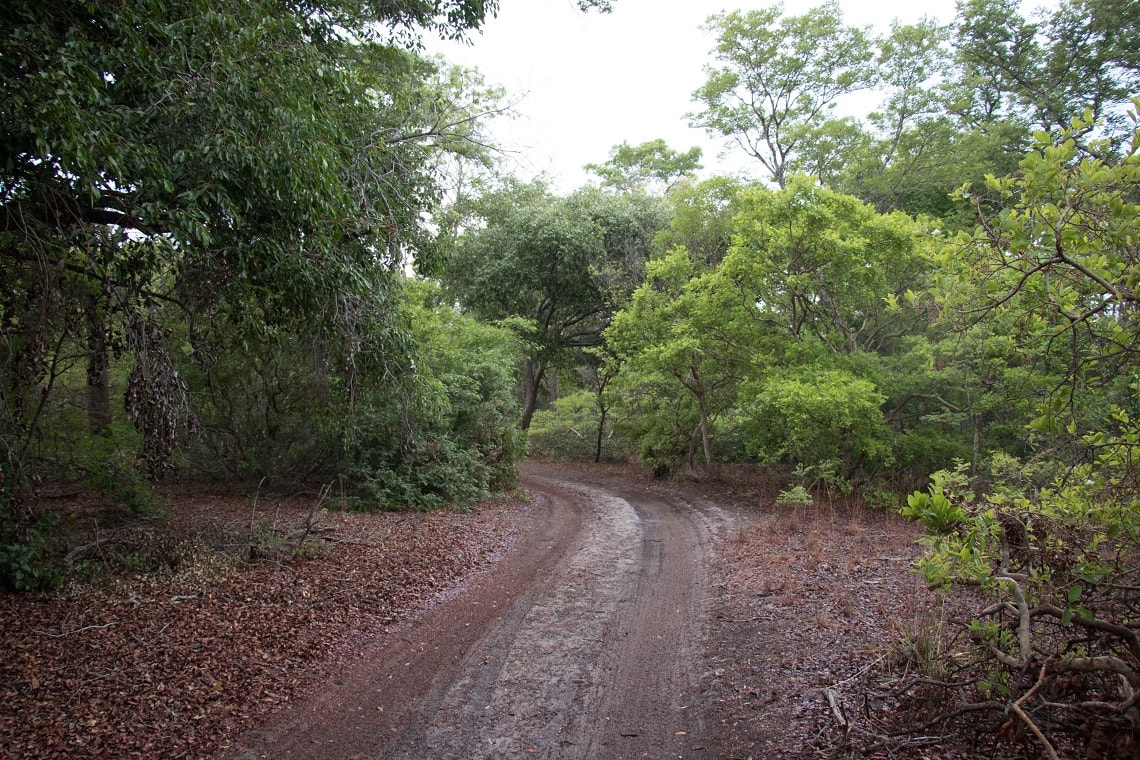 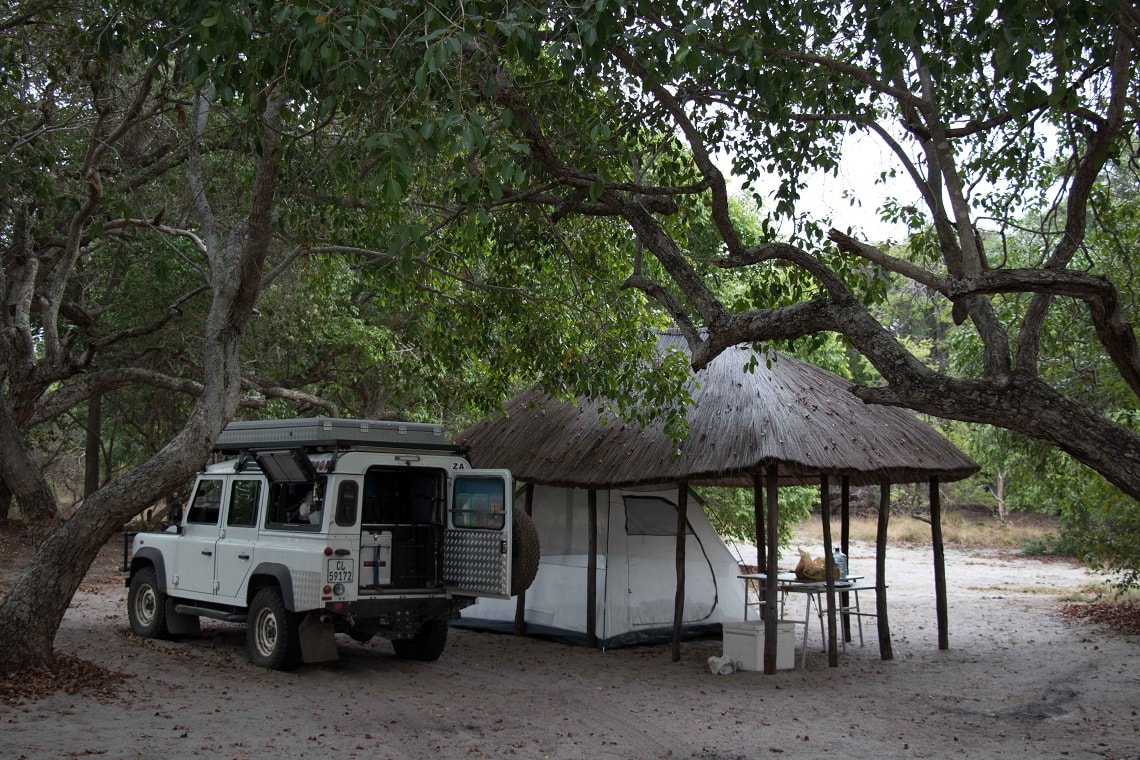 That morning we had left from Lukulu on the eastern bank of the Zambezi, driving via the flood plains south to Limulunga and then on to Mongu where we had gone shopping for our camping trip to Liuwa Plain (on the western side of the river). This allowed us to experience what the landscape looks like when not protected but used for livestock grazing instead. The difference was quite stark.

We’d camped for three nights next to a village about 30km south of Lukulu – our days were spent on the Zambezi River fishing for tiger fish and bream. As you make your way up and down the river, you see how the Lozi people go about their daily business of fishing, tending to their cattle or fields of cassava or maize, and ferrying goods up and down the river. Talk about a river highway! 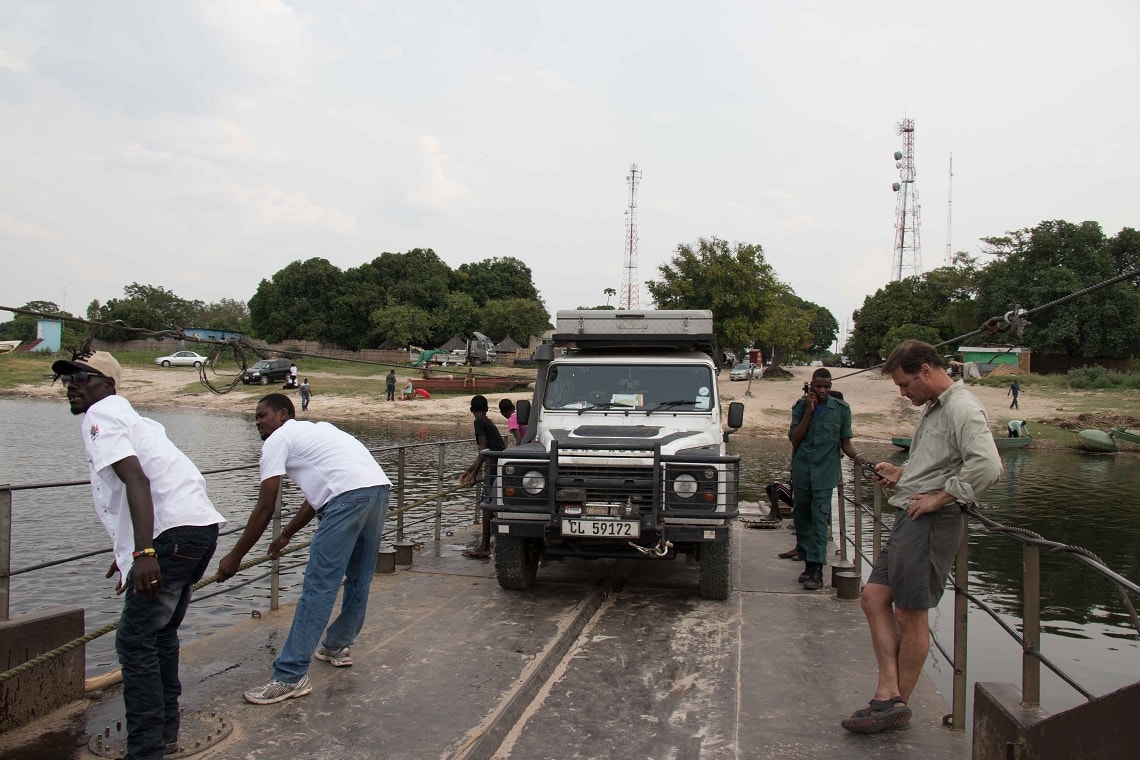 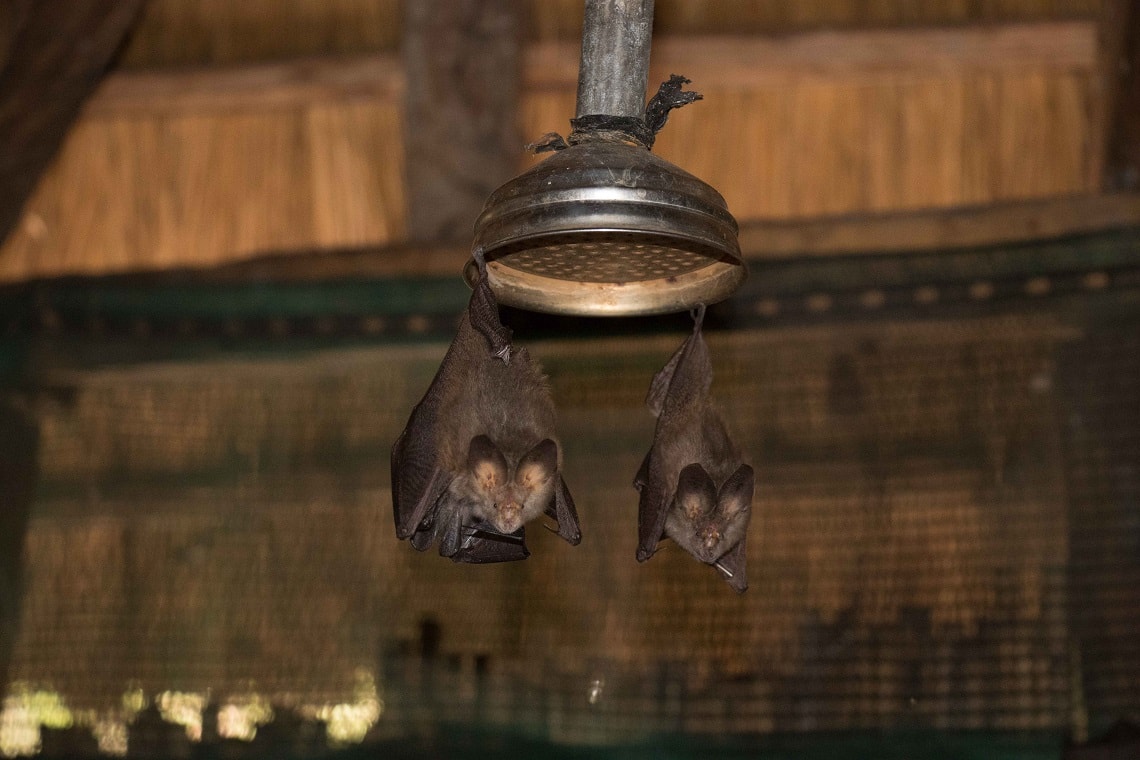 On the eastern bank of the Zambezi you will find scattered villages on higher ground and lots of fields and fish traps. There is no wildlife, only herds of cattle – the Lozi people’s pride and wealth. Woodlands are mostly cut down and the only trees that thrive are impressive and valuable mango trees.

As we prepared to enter Liuwa Plain, Mimi advised that I deflate my vehicle’s tyres to 1.6bar right away. The African Parks office is one of the last buildings before you reach the ferry across the Luangingwa River that takes you into the game management area in the south of Liuwa Plain National Park. Although there are roads on all sides of the park, this is the only official entrance to the park. Here you get your entrance permit and if you, like us, opt to take a game scout along, this would be where you need to pick him up. Our scout, Lewis, was waiting with rifle and backpack, ready to go. 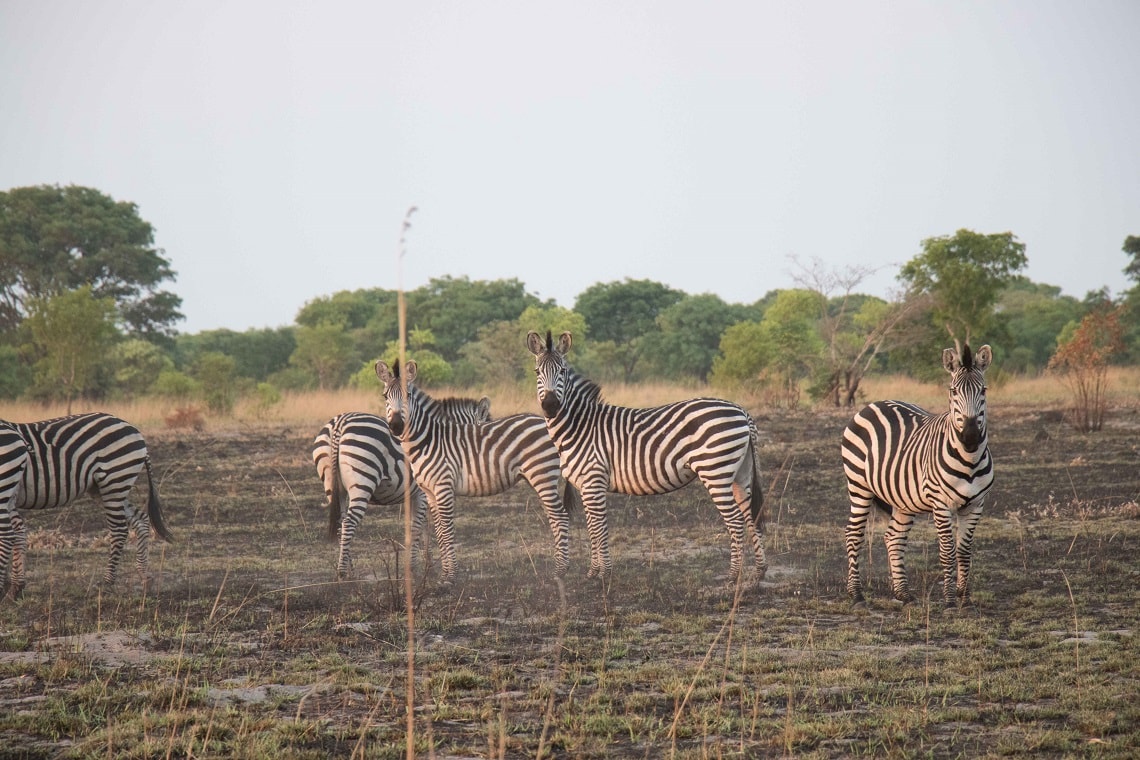 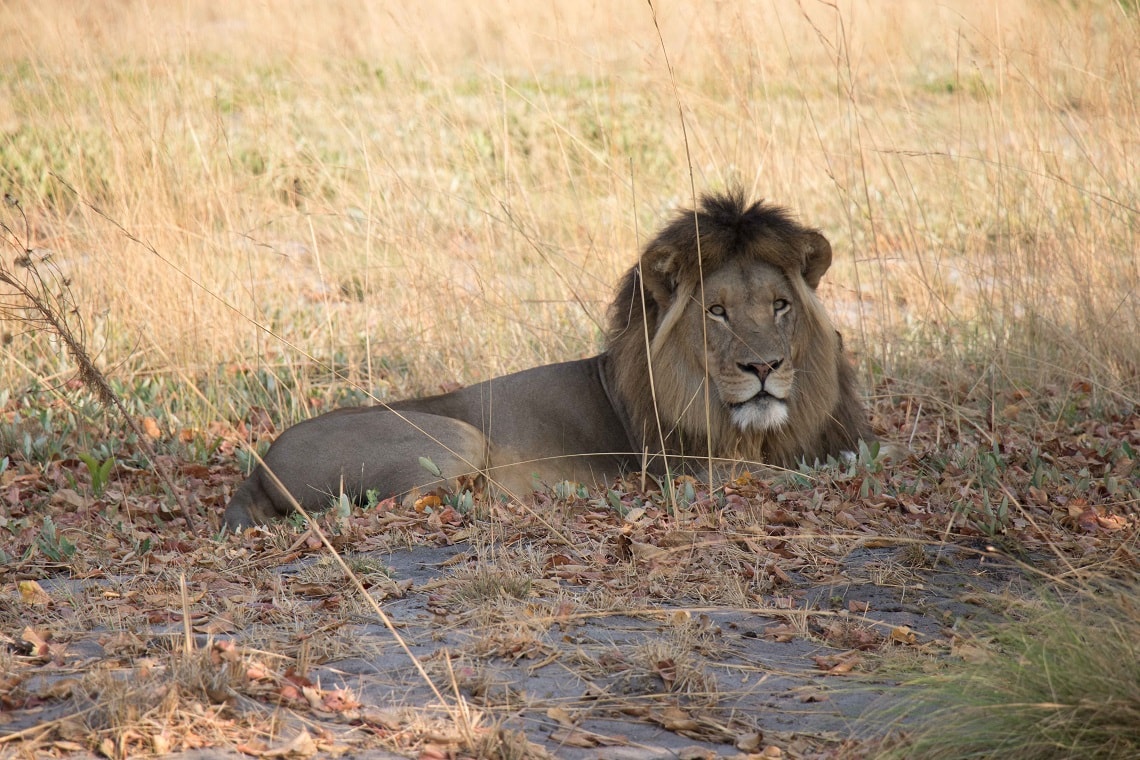 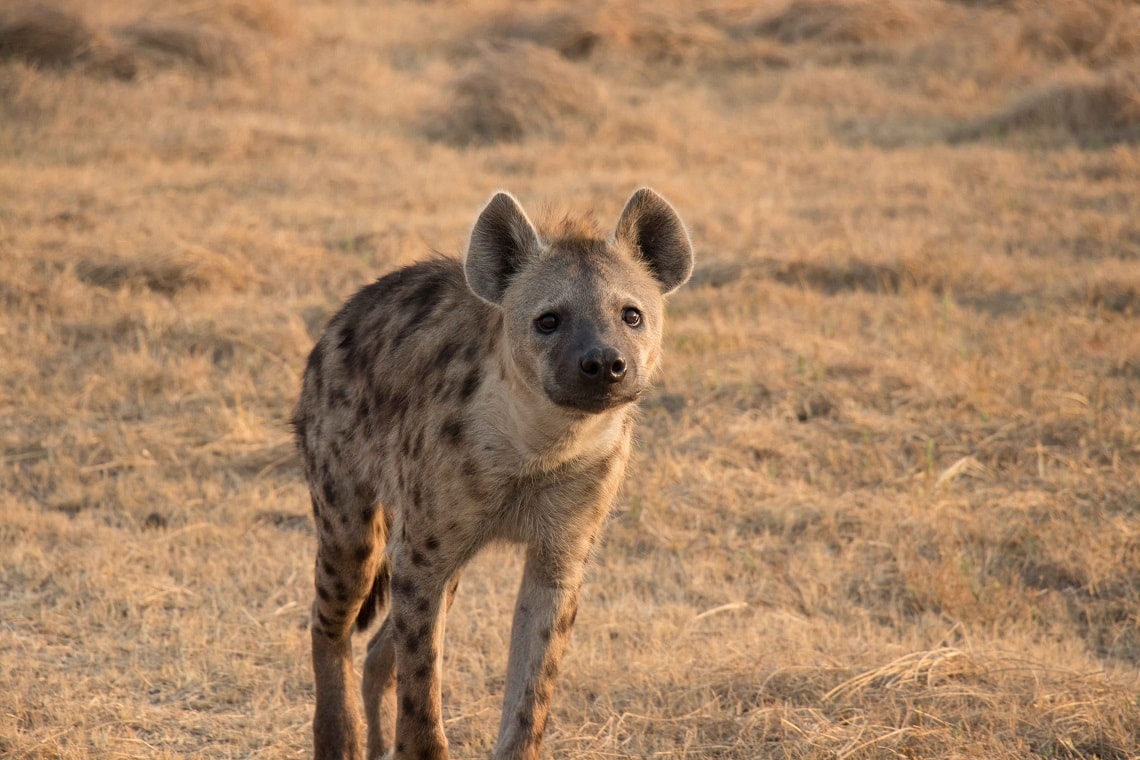 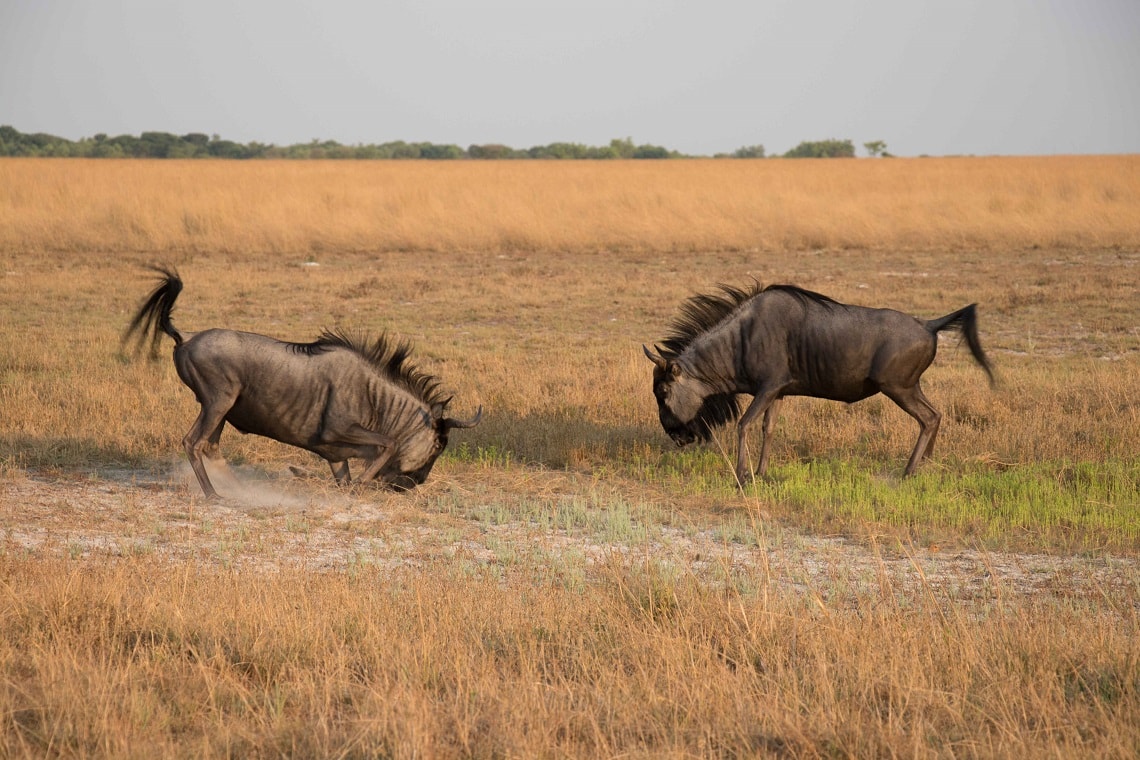 “Lewis forms part of a group of more than 50 scouts who protect the park against poaching.” – Johann Groenewald

During our first game drive we ticked an impressive list of large waterbirds. According to the park’s website, 334 bird species call the area home and, as a casual birder, I was impressed by the storks, cranes and pelicans. 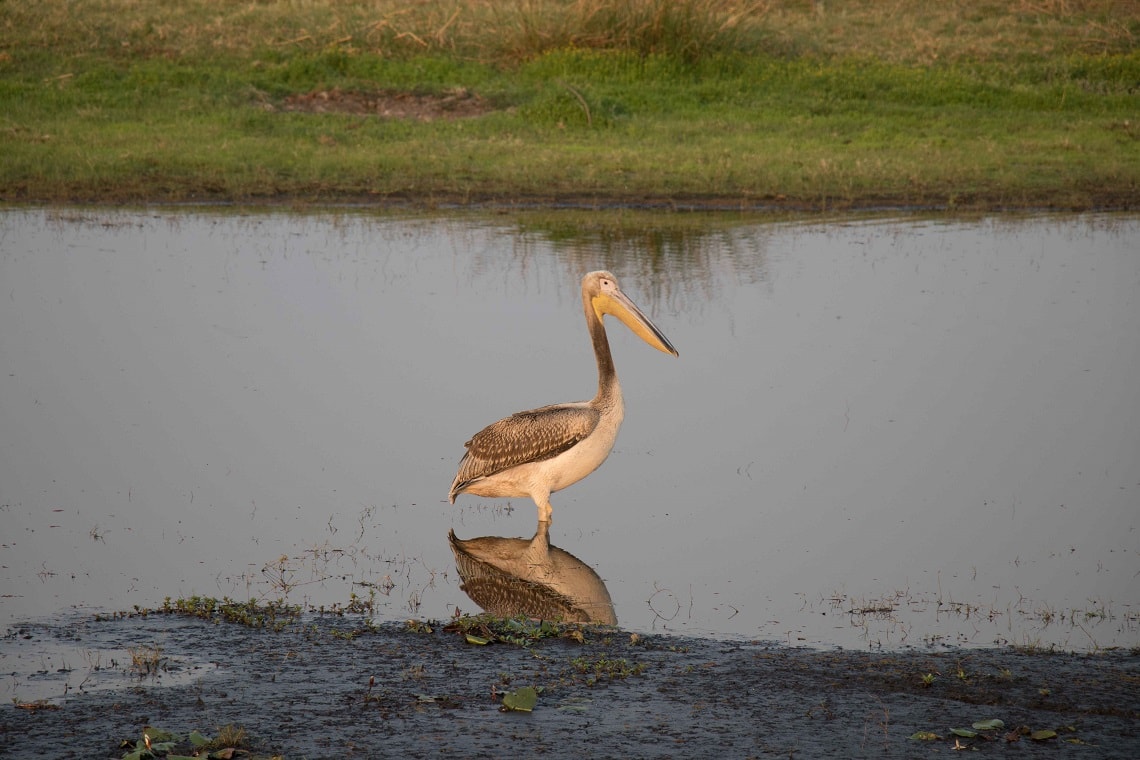 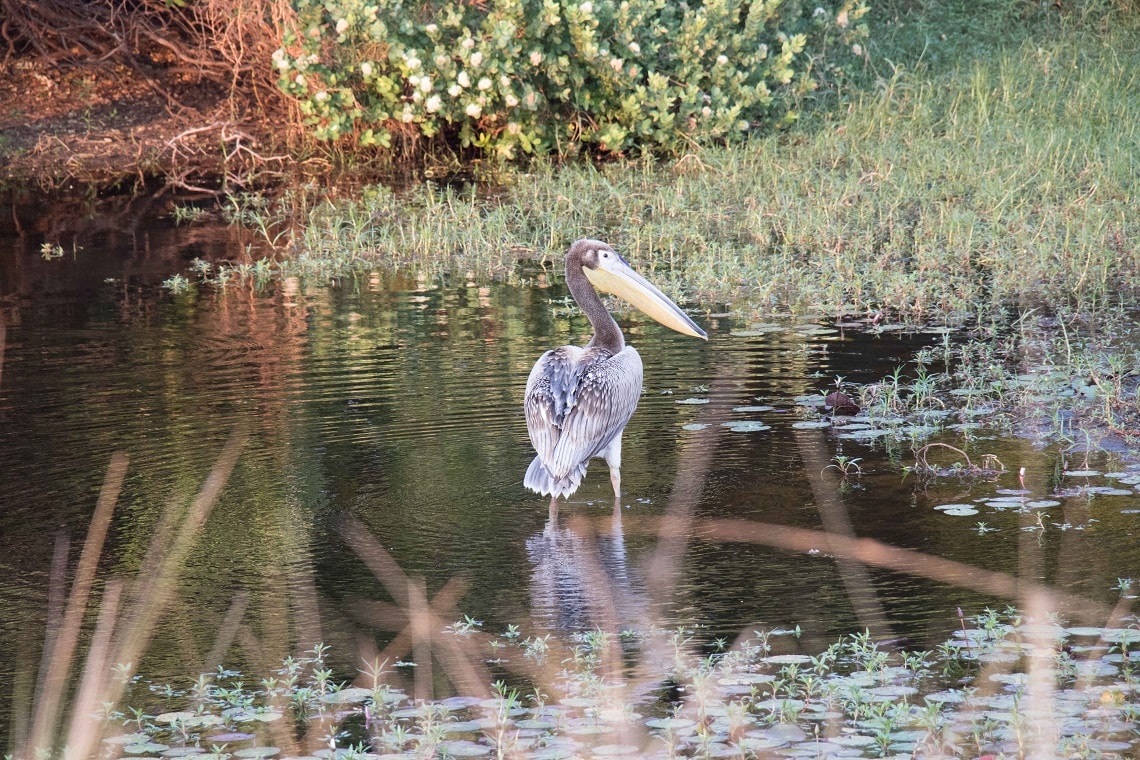 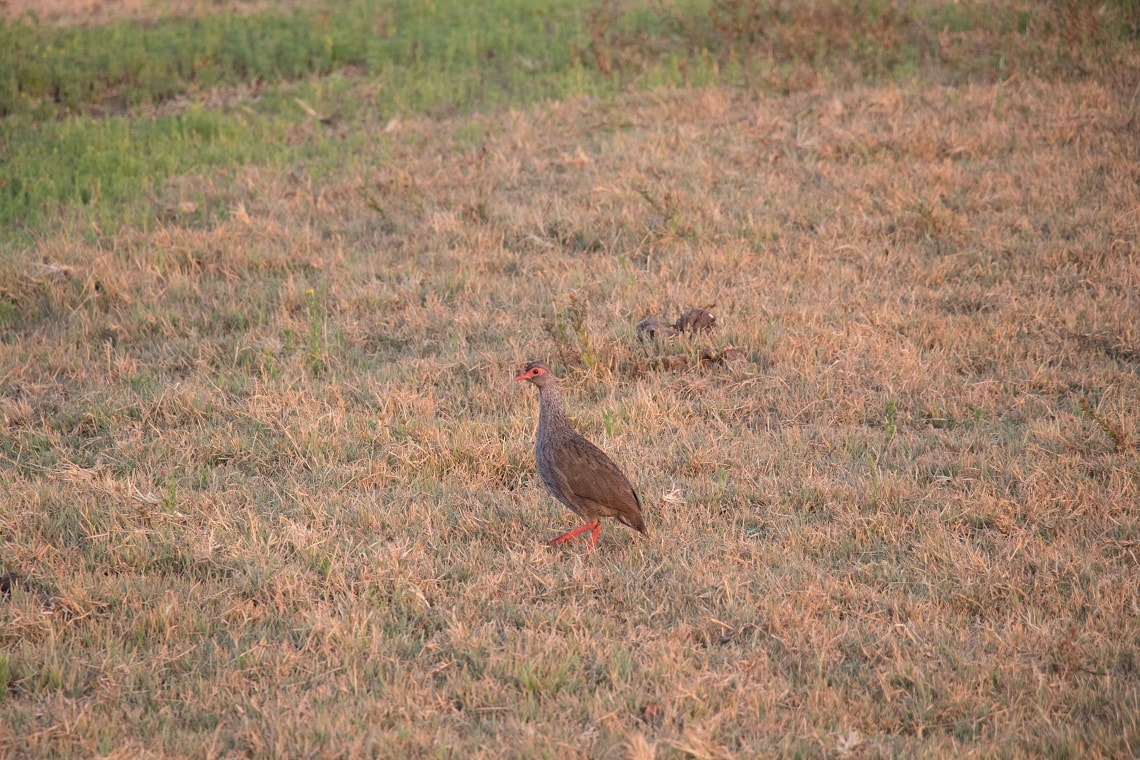 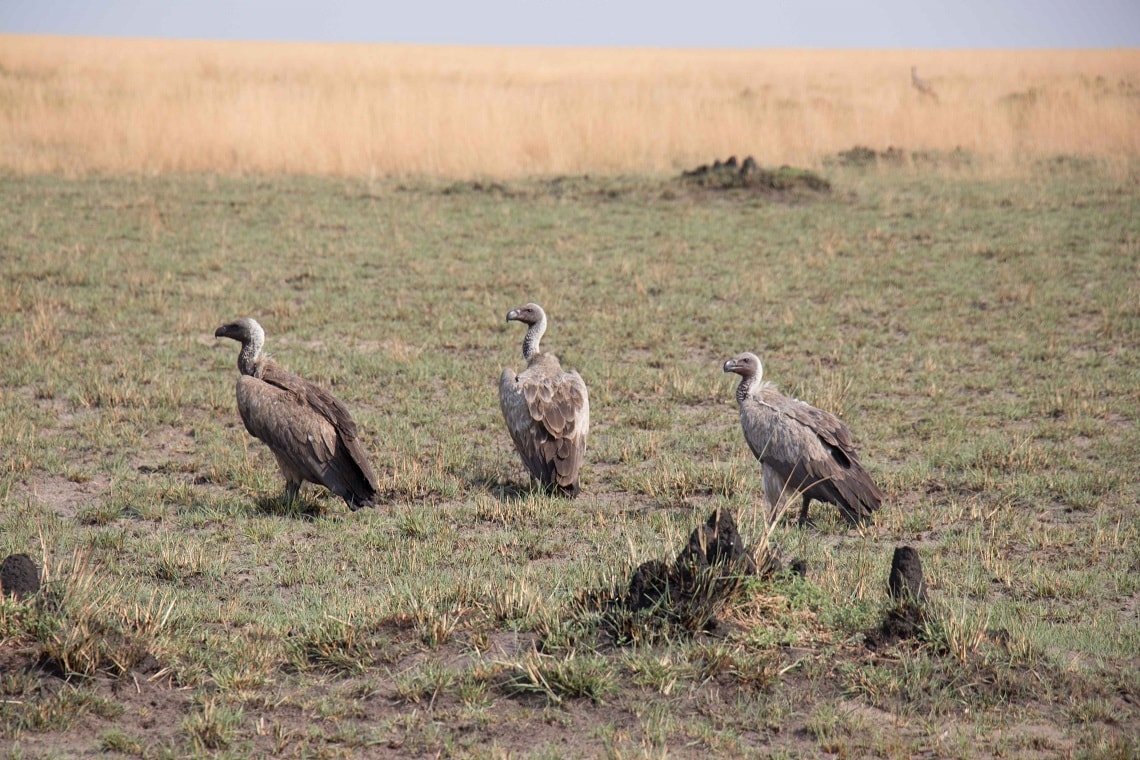 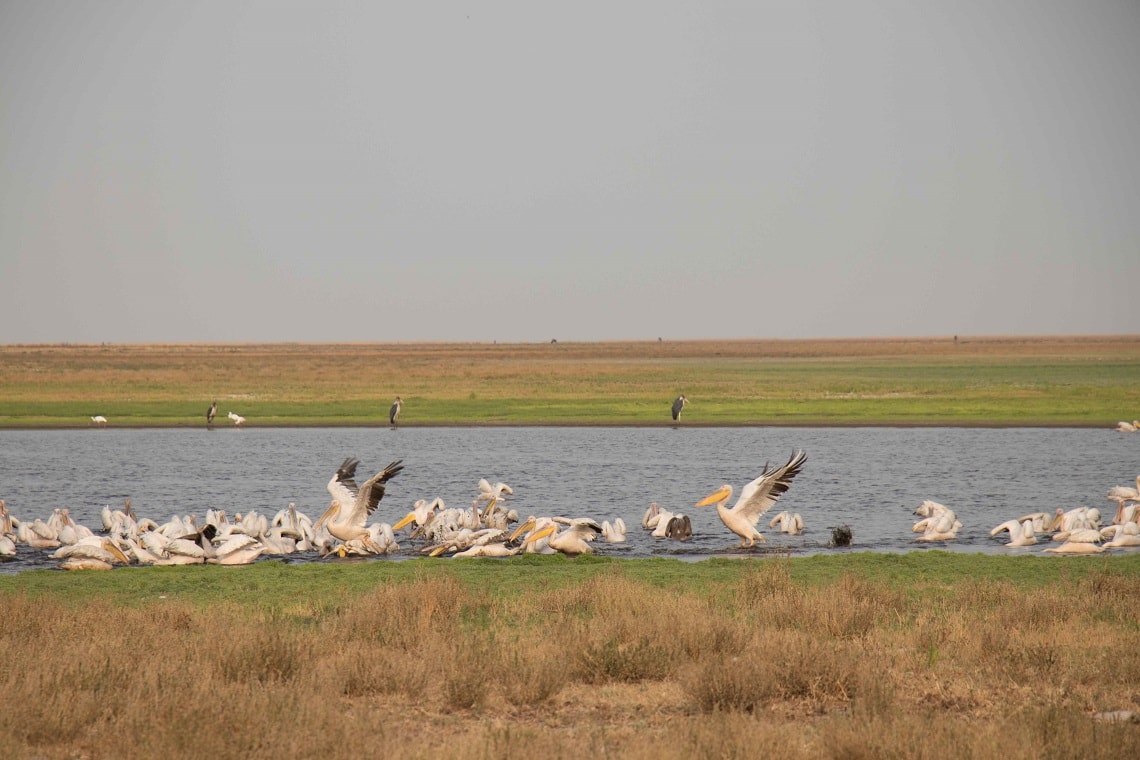 At some 3,660km², the national park hosts the second largest wildebeest migration in Africa. With an estimated population of 500, hyenas reign as top carnivore. Lions were reintroduced into the park in 2003 and numbers are rising. We even spotted cheetah – one can just imagine how this terrain benefits their hunting skills. We were told that wild dogs have not been seen for two years.

As the park is unfenced and borders Angola to the west, it’s common for animals to migrate between the two countries. On the Angolan side there’s no proclaimed park and clashes with local villagers could be fatal to predators.

The dangers of driving off-track

Liuwa Plain consists of sand covered in grass, or sand covered in woodlands, so anywhere you drive you will be driving in sand and in some cases very deep sand. This type of terrain is very sensitive to track pollution as it is so easy to drive off-road or make a new track next to one that is too deep. In fact, African Parks are having a hard time with self-drive tourists that make new tracks or venture off the trail. Track pollution is indeed a real problem – be a responsible tourist and stay on track.

Liuwa Plain is a true wilderness area which I will most certainly visit again. This time with a long lens for birds.

Don’t miss PART TWO of Johann’s Liuwa adventure and find out how you can travel this national park informed with T4A maps.

4 thoughts on “Liuwa Plain: a national park that delights”