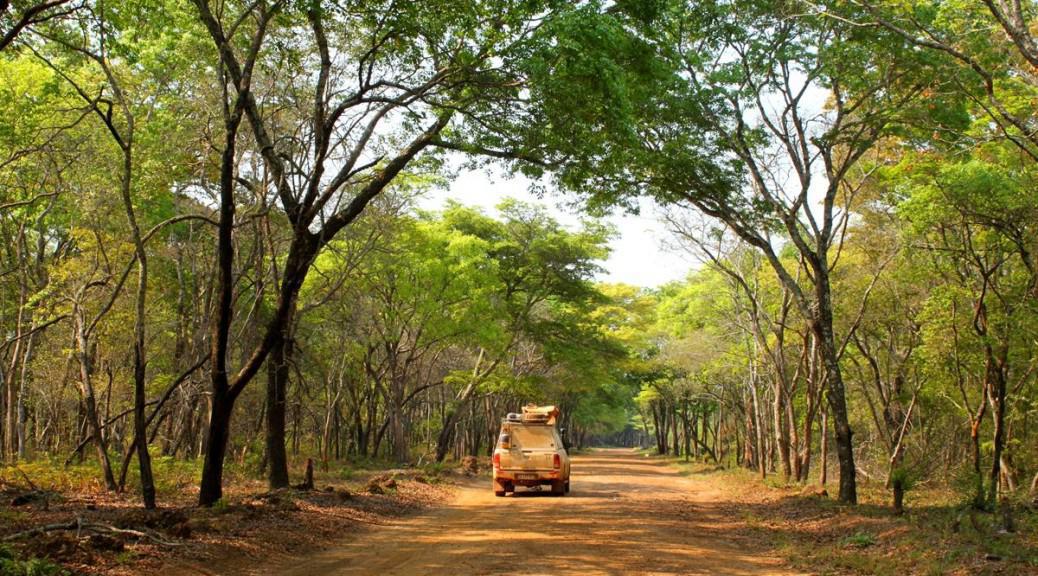 There are some myths that prevent people from travelling Africa. During our recent seven months overland trip from Cape Town to Ethiopia and back we found that the following ten popular myths simply are not true.

You have to pay bribes

People have the perception that one has to pay bribes to be able to cross borders in Africa. We did not encounter one single request, not even a hint of one, at any of the border crossing during our seven month trip from Cape Town to Ethiopia and back. In fact, we found all border officials to be friendly, competent and efficient and we saw mission statements to this effect in many of the border post premises. We deflected one request for a coke, by the guard manning the boom, as we didn’t wish to encourage this behavior.

Africa may not be as polished, orderly and neat as the First World, but it works! Maybe the best example is communication. To buy a sim card in South Africa, we would be obliged to go to an official cellphone shop, which is quite often located in an upmarket mall. However up in Africa sim cards are often available from informal outlets. Indeed the fanciest informal outlet in which we did business on our trip was housed in a freight container in Zimbabwe. Many other sim cards were bought from street vendors who were just as efficient as their counterparts in the upmarket shops back home; registering our simcards on the network, selling airtime, converting airtime to data and ensuring that our comms worked. This, often in spite of us not being able to converse in the local language.

The same level of efficiency applies to welding or tyre repairs which are available at the road side.

We firmly believe that on average we are at a higher safety risk in South Africa than we ever were during our trip. The same rule however applies to Africa as anywhere else in the world: the higher the concentration of people, the higher your risk. Partly for that reason we prefer to spend as little time as possible in or around large town or cities.

As far as wild animals go: if you are sensible the lions won’t eat you! Seriously, in areas where you know there are dangerous wild animals, you have to apply commonsense.

You will get sick

As long as you have all the required vaccinations, take care with your drinking water, prepare your own food carefully, be careful of what you eat at restaurants and take prophylactics for malaria, you run more or less the same risk of getting sick as you do at home. If you are healthy at home, chances are that you will be healthy on your trip.  During our seven month trip I got sick one night because of our own cooked food that we did not refrigerate properly. Other than that, neither of us got sick.

If you have a suitable and reliable vehicle, know how to drive it on challenging roads and have done a bush mechanics course you can enjoy the freedom of travelling on your own. The truth is that you are hardly ever alone in Africa. Even in the most remote areas like Lake Turkana in Kenya or Kaokoland in Namibia, where you often drive without seeing another vehicle for days, you will come across tribal people.  If you get stuck (like we did in the Kaffa region) there is always somebody around to help pull you out.

However, if you break down it’s unlikely that they will be able to help you, as few in these remote areas own vehicles. At worst however, they will help keep you alive if necessary, as you are likely to encounter a long delay whilst you get competent mechanical help.

You won’t be able to phone home

It is amazing to realise that the whole of Africa is connected. People in even the smallest villages use cellphones and you can buy airtime everywhere from street vendors or little shops. Only in the most remote areas (which are sadly hard to come by) are you not guaranteed of cellphone reception. Communication via local networks is cheap.

You must take traveller’s cheques and loads of US$

Traveller’s cheques don’t work too well in Africa. Cash is king and in rare cases (hotels etc.) you can pay with your credit card. You will be able to withdraw money at ATMs in most of the bigger towns throughout Africa. Ideally have both Visa and Master cards with you or at least cards from different financial institutions as either your bank or the ATM itself can be fussy about paying out. Take some US$ as a backup and to pay for visas at border crossings and only use it when all other sources of funds have failed.

You must have a Carnet de Passage

You don’t need a Carnet de Passage for Namibia, Zambia, Zimbabwe, Botswana, Malawi, Mozambique, Tanzania, Ethiopia, Uganda or Rwanda. The only country for which a Carnet is obligatory is Kenya.  Note that some countries will still require you to buy a Temporary Import Permit, despite your Carnet.

You need a satellite phone

You don’t need a satellite phone to travel Africa safely and if you take one, consider how the person you call will be able to provide assistance! You will virtually always have cellphone reception to phone for a medical evacuation and plenty of local people around who can help you if you get stuck.  It is far better to sort out the problem yourself than phoning somebody thousand of kilometres away. If you plan on travelling in extremely remote areas you may, however, consider taking a medical alert device which will notify your medical insurance if you are in need of an urgent medical evacuation.

The poverty will get you down

People’s perceptions differ but the prevalence of poverty did not weigh us down. North of South Africa the gap between rich and poor is much smaller than here. We felt that if you travel Africa looking through First World eyes, then the lack of large, smart houses, expensive cars and trendy clothes may shock you.

But although life in Africa is far more basic, less orderly and hygienic, virtually everybody has some form of shelter and adequate food (albeit not the variety that we are used to). However, not even the few street kids we encountered were emaciated. We found harmony and beauty in the simplicity and people seemed content.

In fact on return home, our eyes were opened to the over indulgence of the First World which appeared largely unnecessary and wasteful.