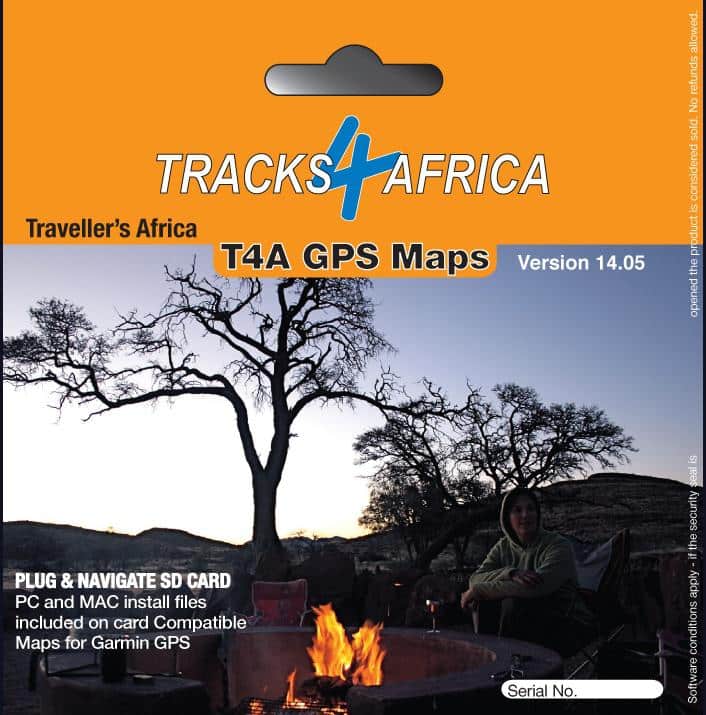 The T4A GPS Maps – Traveller’s Africa 14.05 was just released and is available in leading outdoor stores as well as from our website. The overall road coverage has increased by 5% from the previous 13.10 version. We now cover 809 560 km of fully routable roads with detailed tourist coverage.

We received 731 data submissions for this version which does not only mean more roads and Points of Interest on the map, but also corrections to the existing map and data. The overall quality of the map was thus once again improved significantly.

The T4A Africa Guide which is included on the SD Card, had a 3% increase in accommodation listings and places to eat and drink as well as a 2% increase in Points of Interest. The map growth is organic in nature.

With 3 560 campsites, we still believe that we have the most complete camping data base in Africa.

It is noteworthy that the western part of the Etosha National Park in Namibia is now open to tourists. The roads in the area have been made navigable on the latest map. Also, the Voetspore Expedition of Johan Badenhorst is now configured on the map. The expedition impacted mostly on the Western Africa map region.

More exciting news is that we built a detailed hiking map of Mt Mulanje in Malawi in collaboration with the Mountain Club of Malawi.