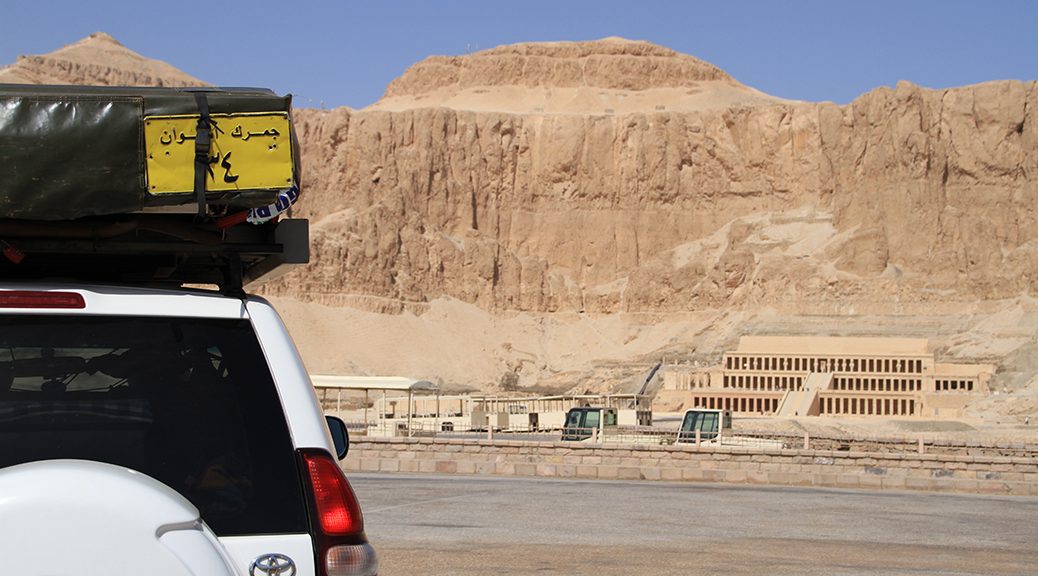 From early attempts to record-setting feats, the Cape to Cairo tour has seen its share of legendary crossings. We take a brief look at the history of overlanding across Africa.

Among overlanders and adventurers, Cape to Cairo is shorthand for a journey of epic proportions. The idea of crossing the African continent along this route was first popularised by colonialist Cecil John Rhodes in the late 1800s (though for him it involved rail travel). But since then, many intrepid explorers have stepped up to the challenge.

The race to cross the continent

Despite the trans-continental crossing being a British dream, the first to make their way across the length of Africa were the French. Although they didn’t follow the Cape to Cairo route, the Citroën Central Africa Expedition was the first to drive from north to south. With vehicles that were part-tank, part-Citroën B2, the expedition set off from Colomb-Béchar in Algeria on 28 October 1924. They arrived in the Cape some 20,000km and almost 8 months later on 26 June 1925.

A month before the French group departed, another party of adventurers set off from Cape Town. Travelling from south to north, they had their sights set on Cairo. Headed up by Major Chaplin Court Treatt, an RAF officer who had surveyed Africa from the air, the crew drove light six-wheeler pick-up trucks. But they were up against the summer rains and muddy tracks, and it took them four months to reach Victoria Falls. A year after setting off, they had still only got as far as Nairobi. Finally, on 24 January 1926, after covering 20,490km, they rolled into Cairo.

Whereas these first crossings were made in heavy-duty vehicles, adventurers soon took up the challenge of completing the distance in a normal sedan. In 1928, Gerry Bouwer drove a Chrysler 72 from Cape Town to Cairo, the first to do it in a passenger vehicle. He reached his destination after 94 days, but even more impressively, he made the return trip in just 40 days. In the years since, all manner of vehicles have travelled the Cape to Cairo route: sports cars, vintage touring cars, small sedans, even a Vespa or two.

Motorcycles haven’t been left behind either. One of the most famous crossings must belong to Ewan McGregor and his friend Charley Boorman. In 2007, they rode their motorbikes from Scotland and across Africa, a three-month journey captured in the documentary Long Way Down. Doing it rather faster was South African motorcyclist Andrew Russell. After three attempts to beat the previous record of 13 days, he covered the distance between Cairo and Cape Town in eight days in 2018.

But for sheer pluck, you can’t beat grandmother Julia Albu. In 2017, the 80-year-old set off on the journey in her 20-year-old Toyota Conquest, arriving on the north coast of Africa five months later.

Today, the main route between Cape Town and Cairo is the Trans-African Highway 4, which runs via Gaborone, Lusaka, Nairobi, Addis Ababa and Khartoum. Of course, depending on your journey’s focus, various routes can be chosen. You could take a scenic meander from game park to game park, opt for a leisurely detour to the east coast of Africa, or put foot along the quickest route. Tracks4Africa navigation will help you either way, as our maps indicate not only the distance and travel time between towns but also protected areas and points of interest.

In fact, adventurer Mac Mackenney credits the accuracy of Tracks4Africa navigation in helping him complete his record-breaking African crossing. In 2010, his team drove from London to Cape Town in 11 days 14 hours and 11 minutes. The crew of three took turns driving, navigating and resting, though as Mac admits, they didn’t really need to bother with the navigating because the T4A GPS kept them on track.

Watch Mac MacKenney reflect on how they completed their trip thanks to Tracks4Africa:

5 thoughts on “A brief history of cross-African overlanding”